Peaceful coexistence in the South Caucasus

With few expecting a breakthrough in negotiations between Armenia and Azerbaijan to resolve the long-standing conflict over the disputed territory of Nagorno Karabakh, if the likelihood of ethnic Armenians and Azeris ever being able to live together in peace again seemed remote, you’d be wrong. A recent working visit to Georgia, the third of the three South Caucasus countries, demonstrated that more than many could ever have possibly imagined.

True, footage of a school where ethnic Armenians and Azeris study together shot by a friend for Al Jazeera English was an indicator that it is possible, but the number of other such examples was surprising. There was the Azeri tea house run by ethnic Armenians in Tbilisi where Armenian, Azeri, Farsi, Georgian, Kurdish, Turkish, and Russian  are spoken almost on a daily basis, but there were also countless ethnic Azeris who spoke Armenian to Armenians who could also speak Azerbaijani.

Yet, few — if any — local media outlets in the region report on such a reality.

[…] The influence of the media from neighboring Azerbaijan and Armenia is not yet big enough to lead to emergence of conflicts: […] As a conclusion, I would like to return to one of the stereotypes that are most common both on grassroots level and in the official discourse of Armenia and Azerbaijan, according to which states Armenian and Azerbaijani peoples cannot live side by side. I hope that many of those who are subject to the hypnotic influence of such myths will learn about the existence of villages like Tsopi, which is by far not the only existing remnant from the times when the lives of the two peoples were closely intertwined. […] from a more general point of view representatives of different national communities, including Armenians and Azerbaijanis, are destined to a to co-existence as neighbors, as in the case of the villagers of Tsopi. It is necessary to pay attention to these spaces of coexistence and then probably there will be much more chances to make the perspective of peace closer to this region. link

The visit was the second phase of an initial attempt to overcome negative stereotypes of the "enemy" in the South Caucasus conducted in September 2009 with regional analyst and prominent Azerbaijani blogger Arzu Geybullayeva. It was supported by the British Embassy in Yerevan, Armenia, and Transitions Online, an online publication dealing with the former Soviet world. Some posts and photographs are available in English, Azerbaijani and Russian on TOL’s blog where there will soon also be some podcasts.

Until then, some of the images shot are above and below, and it’s worth quoting the impressions of a Georgian participant in the project, Dodi Kharkheli, aka Dodka.

I am a citizen of Georgia.

I was born and brought up here, never leaving its borders until two years ago. I have heard about the conflict between Armenia and Azerbaijan, but I have never felt it.

They play hide-and-seek.  Sometimes they fight. And even if they fight, cry and run to their parents, the next day I still see them playing together.

I see them falling in love, getting married, having kids, getting divorced. Or staying married until the end of their days (for believers of "happily ever after").

No wonder that I see surprise in the eyes of an Armenian trader who works at the same table as an Azeri and Georgian trader in the Marneuli market when we ask her about relationships between the ethnic groups.

She is surprised why we are even asking. How could they have problems? They are friends, they work together.

I hope to see peace in South Caucasus.

If people from Georgia, Azerbaijan, Armenia can coexist here, then surely they can coexist anywhere.

And as the project is ongoing, hopefully serving as an example of how online tools can provide an alternative to what is usually a xenophobic and nationalist media, you can follow it on Twitter @caucasusproject. There is also a round up of some of the posts made already, including translations into French and Russian, on Global Voices Online while the main site for all current and future phases of the project is at http://www.oneworld.am/diversity/. 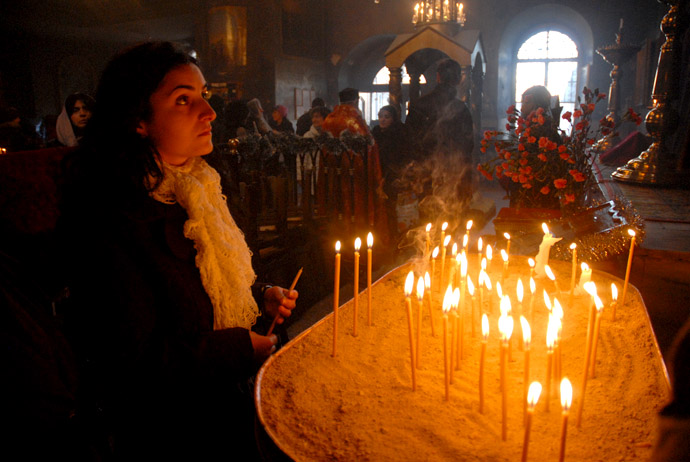 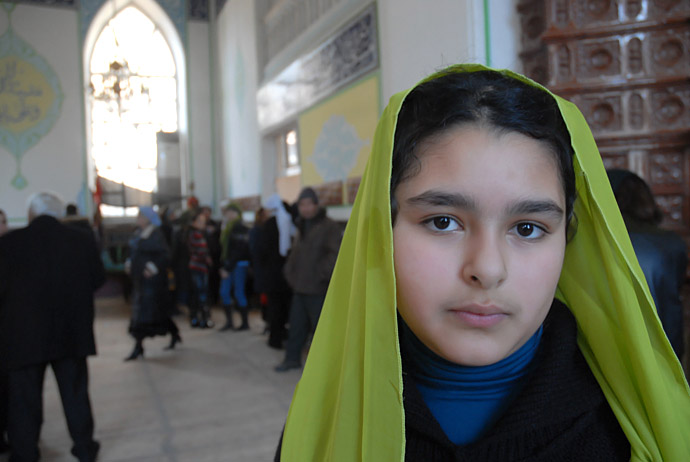