On Tuesday, the German parliament’s budget committee is scheduled to consider legislation authorising the €10bn bailout of Cyprus, with reports suggesting the bill will reach the floor of the Bundestag on Thursday.

In the United States, the Commander of US (and NATO) forces in Afghanistan, General Joseph Dunford, is due to testify before the Senate Armed Services Committee. The focus is likely to be the country’s preparedness for the handover next year.

The European Court of Human Rights in Strasbourg will hand down its judgment in the case of Haroon Aswat, who is fighting his extradition from the UK to the US on terror charges.

Finally in London, the Lord Mayor’s Easter Banquet takes place, which traditionally features an address from the British Foreign Secretary. 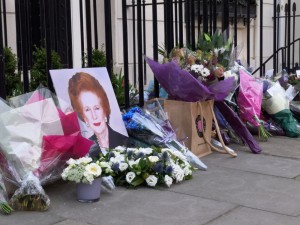 On Wednesday, Baroness Thatcher’s funeral takes place in London, which will be attended by numerous international figures. Former US Secretary of State Hillary Clinton is among those who have been invited.

Wednesday also marks the deadline for British Home Secretary Theresa May to lodge an appeal in the case of radical preacher Abu Qatada, whom she is seeking to extradite to Jordan. Previous rulings have gone against the Home Secretary amid concerns about the Jordanian judicial process.

US Secretary of State John Kerry is scheduled to give public testimony before the House Foreign Affairs Committee. Although the hearing is nominally concerning Kerry’s departmental budget proposal, lawmakers traditionally take the opportunity to probe their top diplomat on the most pressing issues of the day, such as North Korea, Syria and Iran.

On Thursday, Italian lawmakers are scheduled to begin the process of electing a new President to replace incumbent Giorgio Napolitano. The selection process is being complicated by squabbling between Pier Luigi Bersani and Silvio Berlusconi over whose faction should occupy the largely ceremonial position.

In Moscow, Bolshoi ballet dancer Pavel Dmitrichenko is due back in court over his alleged role in masterminding the brutal acid attack against the ballet’s artistic director Sergei Fillin back in January.

Incoming Bank of England Governor Mark Carney, in town for the meetings, is scheduled to discuss the global economy and financial reform at an event organised by Thomson Reuters at the Canadian embassy in Washington DC. 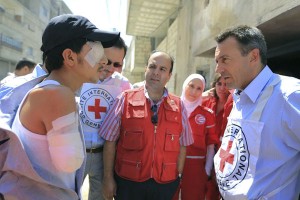 Finally, in New York, the UN Security Council is due to be briefed on the situation in Syria. The session is likely to focus on the humanitarian dimensions of the conflict.

On Friday, Time magazine is due to publish its annual list of the 100 most influential people in the world.

Nancy Pelosi, currently House Minority Leader in the US, will be in the UK where she is due to give a lecture at the London School of Economics.

On Saturday, Turkey will play host to the latest meeting on Syria, which US Secretary of State John Kerry will attend.

Sunday will see Paraguayan’s go to the polls for presidential and legislative elections. Paraguay has been somewhat isolated since the impeachment of its then-President Fernando Lugo in the summer of 2012, considered by regional critics – understandably sensitive about such political interventions – a ‘soft coup’.

Finally, US Secretary of Defense Chuck Hagel will (reportedly) arrive in Israel for what would be his first visit since taking up the post earlier this year. The Iran threat, as well as the security implications of the Syria conflict, will be top of the agenda, assuming the visit goes ahead.