No Borders Here – communication between Armenia and Azerbaijan 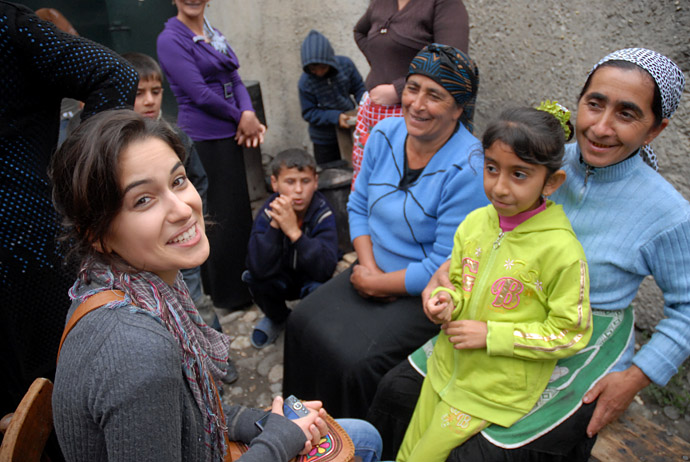 With the conflict in the disputed territory of Nagorno-Karabakh still unresolved, journalists and civil society activists in Armenia have few opportunities to meet with their Azeri counterparts, and vice versa. But increasingly, blogs and social networks offer new possibilities for dialogue across a cease-fire line in place since 1994. Other online tools offer immediate audio and video communication between the two countries, free from monitoring or interception.

If adopted as general practice by journalists and activists, such tools could represent a revolution in cross-border cooperation.

For this final segment in our multimedia series for Transitions Online on overcoming stereotypes in the South Caucasus, I interviewed Arzu Geybullayeva, an Azerbaijani political and regional analyst, about her work on civil society, women’s, and cross-border issues using new media tools. It was a rare direct conversation between Yerevan and Baku, conducted with the voice-over-Internet service Skype.

Educated in Azerbaijan, Turkey, the United States, and the United Kingdom, Geybullayeva worked as an Azerbaijan analyst for the Berlin-based European Stability Initiative until December 2009. Since then she has been a political officer with the National Democratic Institute in Baku. She also writes for a variety of online publications, including the recently launched Women’s Forum.

I first contacted Geybullayeva in late 2008 via her blog, Flying Carpets and Broken Pipelines, and remained in contact through online services such as Twitter and Facebook. We met face-to-face last September in Telavi, Georgia, to make a presentation on new and social media for Armenian, Azerbaijani, and Georgian youth activists.

We also visited the nearby, ethnically Azeri village of Karajala and posted photographs, accounts, and multimedia presentations on our blogs, a trip that became the forerunner of this project.

You can listen to the podcast on the player below or download it here.

Meanwhile, Transitions Online has set up a project page here and there are also blog posts here. The main site for all phases of the project is here. I’ll also be co-presenting with Arzu Geybullayeva at the Social Media for Social Change conference in Tbilisi in April.