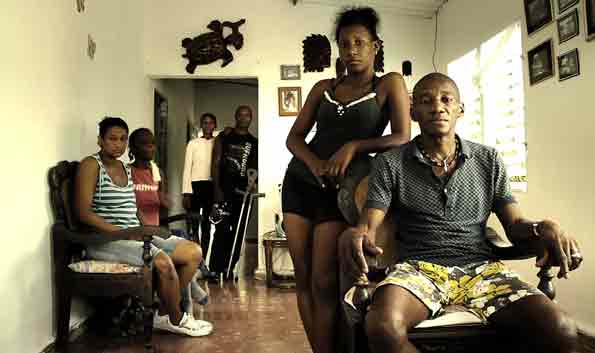 For more than 50 years Cuba has been following the battle-cry of the revolution: Patria o Muerte, which translates as Motherland or Death. For more than fifty years Cuba’s revolutionary mantra has been a daily dilemma for several Cuban generations.

Motherland or Death by veteran Russian documentarian Vitaly Mansky centers around the generation born before the revolution. As they reach the end of their lives, they begin to understand that they no longer have to live by that decades-old revolutionary mantra. They are devoted to their motherland with heart and soul, yet curse the circumstances in which they are forced to live.

Mansky portrays a stark gap between Cuba’s carefully crafted image and the reality of daily life, depicting Havana as a desolate place, a dilapidated skeleton, broken up and rearranged with stray dogs and cats, meat rations, lamp posts as gallows, and angry spewing sewers.