Mobile phones: Reporting in your pocket 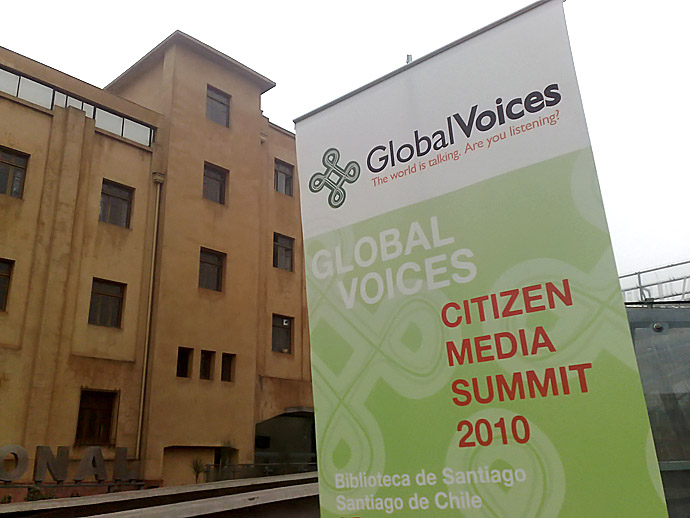 Last year arguably saw unprecedented attention on the use of mobile phones for content creation in some shape or form. Whether SMS updating crisis mapping platforms such as Ushahidi, using Twitter to update followers on breaking news, or simply to use as video cameras, in a sense there was plenty to demonstrate their worth as a news reporting device.

Frontline Club blogger and professional video cameraman Guy Degen even used one in Africa as well as to record and stream live short reports of last year’s opposition protests in Tbilisi, Georgia. Indeed, it was enough for me to purchase the same model of phone as he used then, a Nokia N82, to put to use in another country making up the South Caucasus — Armenia.

First off, as a professional photojournalist, checking out the Nokia’s photo capabilities was a must and although never going to replace a traditional camera, it was pretty impressive for a phone. In fact, so good was it that I even forced myself to use it for non-commissioned shooting such as the student protests outside the Iranian Embassy in Yerevan as well as test reporting in the regions.

In fact, I started using the phone more and more to shoot photos and videos as well as tweet to my followers on Twitter notes which could also be later used as source material for articles and blog posts. True, it will never be used for professional work where getting an image counts, but I do try to double up shooting on a DSLR with also sending out images immediately from phone.

For example, during last year’s municipal election in the Armenian capital, even low light shots weren’t much of a problem and images could be sent direct from phone with accompanying tweets. I also stumbled upon one party election campaign without my usual camera gear and had no choice but to shoot with the phone. Another time a scuffle with police was live streamed.

The results were not bad. And although shooting with a DSLR, Twitter was at least also used extensively to allow people to follow field work for a recent personal project to report on ethnic Armenian-Azerbaijani coexistence in Georgia. I’ve also used the phone to update followers when out and about fixing for the likes of Al Jazeera English, BBC, and The Wall Street Journal.

And it’s not just Guy or myself that are impressed by the potential for phones to be used as reporting tools, especially in economically depressed countries where the media is not developed enough such as Armenia and Georgia. Indeed, there’s even a whole site — http://www.mobileactive.org — which evangelizes their use for a multitude of purposes.

It was therefore a nice surprise to tun into Prabhas Pokharel, one of the Mobile Active team, at the Global Voices Citizen Media Summit held earlier this month in Santiago, Chile. Prabhas has already made a few blog posts on some of the issues raised at the summit regarding mobile phones which seem appropiate to quote and link to here.

Mobile phones have already played a signifcant role in advancing citizen media around the world. They were instrumental in helping capture photos and videos on the streets of Tehran during 2009 protests that followed the elections there. A video captured during that time even won a prestigious journalism award. Mobile phones technology has been used in Namibia to enable more people from around the country to express their views in one of the country’s largest newspapers. In the US, day laborers have been using MMS messages to blog about their daily lives. In South Africa, citizen journalists use SMS, MMS, and other phone-based technologies to submit content and commentary to a local newspaper. In India, mobiles are being used to enable both reporting and news dissemination in local languages. Many more examples exist.

These examples only scratch the surface of what is possble with mobile phones in independent and citizen media with room for exploration. […] […]

Mobiles are also interesting for individual bloggers and reporters. In conversations I had with bloggers, I realized that most don’t see their mobile phones as potentially helpful devices in normal reporting work. One blogger who had had used his mobile phone to stream live video and take pictures of protests was the exception rather than the rule. Our discussions managed to identify at least three distinctive advantages mobile phones have over traditional multimedia capturing devices: (1) they are always in our pockets and therefore always accessible (2) when there is a data connection, they allow instant uploading and live coverage and (3) they allow reporters to capture multimedia in more situations, by being lighter to transport, and appearing more innocuous in situations like protests. link

Indeed, I was at one of the breakout sessions that Prabhas led and made some brief notes, tweeting them from phone to put together as a short summary later rather than noting them down traditionally. Since then, Prahbas has put together a more comprehensive post on some of the discussion generated and examples given.

Global Voices Caucusus editor and photojournalist Onnik Krikorian echoed this when he pointed out that technologies like SMS and Twitter increase the number and kinds of people that can comment in the public sphere.

Krikorian described how he uses live video streaming services like Qik. Such services have made it very easy for journalists and citizen journalists to provide live coverage of events–all you really need is a data connection. No longer do journalists or citizens wanting to provide live coverage need complicated and costly equipment. Krikorian also covered p
rotests in Armenia using his mobile phone as his only camera. He pointed out that using the mobile phone as a camera allowed him to blend into the crowd and not be noticed as a journalist. His phone was good enough to act as his only camera–one photo he had taken on a Nokia N82 was published in the UN World Food Programme’s magazine.

Of course, we need to be careful in our discussions and not lump together increased information access via SMS and voice-based technologies with live video reporting (modern handsets and speedy data connections) that are only accessible to the technological elite.

But, that said, mobile phones provide a set of technologies that offer advantages at different levels. The simplest of technologies, SMS and voice, are limited but powerful because they are widely accessible and can often reach populations that are hard to reach otherwise.

With modern handsets and data connections, mobile phones also provide reporters and citizen journalists with capabilities they have not had before. Citizen journalists and reporters can cover events and news live using video, photos, or Twitter, and pass innocuously as part of a crowd when taking footage at sensitive events. link

Anyway, I totally agree with Prabhas’ comments and belief in phones as being some kind of mobile reporting kit with the potential to disseminate information, including images and video, in real-time. So, for anyone else out there interested in pushing the limits for such a cost-effective and versatile tool I’d really recommend browsing the Mobile Active web site.

Of course, as you might expect given the nature of their interest, they can also be followed on Twitter.