Tsakhiagiin Elbegdorj set the time of his swearing-in ceremony to become the fourth President of Mongolia in a symbolic nod to the year Genghis Khan was proclaimed ruler of the Mongol Empire.

Dressed in a gold-coloured traditional deel, Elbegdorj took the oath of office today at Parliament in the capital Ulan Bator. 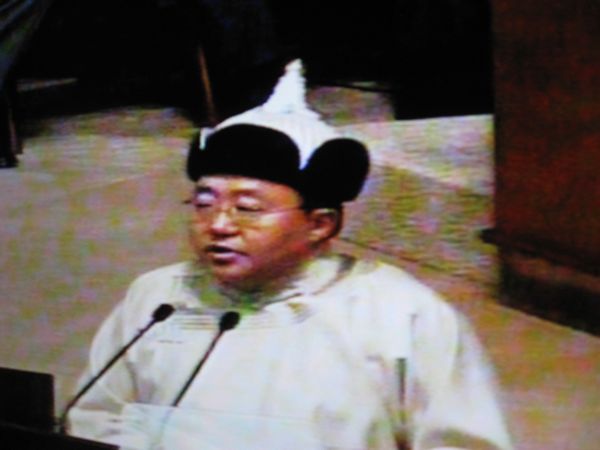 On a fuzzy television set it looked like a fine set of robes fit for a president. However later in the afternoon at the ceremonial military parade in Sukhbataar Square, an onlooker was grinning as she told me that maybe the President’s deel was not such a good cut. Apparently it looked a little too big for him.

Tsakhiagiin Elbegdorj succeeds President Nambaryn Enkhbayar. Elbegdorj is a Harvard grad and has served twice as Prime Minister. He pitched his presidential campaign on fighting corruption and won the elections on May 24 by a slim majority.

Already President Elbegdorj has made headlines over whether Mongolia should join foreign mining companies and invest in a major gold and copper mine. 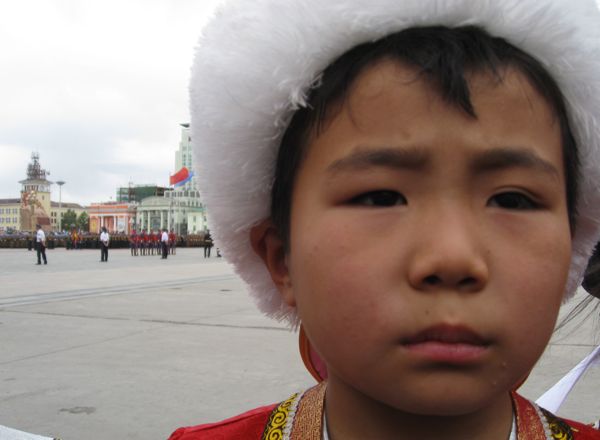 Despite a few technical glitches, namely poor sound during speeches, the military parade was quite a spectacle.

Personally, I’m looking forward to the traditional wrestling competition that will be held on Friday night as part of the inauguration celebrations.