THE MASTERCLASS WILL BE FOLLOWED BY NETWORKING DRINKS 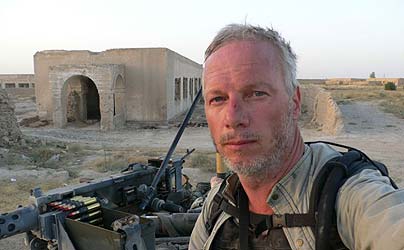 BAFTA Nominee documentary filmmaker Sean Langan is joining us for an evening’s masterclass. He will be discussing his documentary filmmaking process while sharing invaluable insights on how to best navigate between getting access, storytelling and getting your film out there. The masterclass is followed by a practical and informal Q&A and drinks (one drink is on the house) – Sean likes to call this session: ‘No compromise till Brooklyn’!

Langan made his name by travelling to many of the world’s trouble-spots – dangerous and volatile environments noted for war, conflict and civil unrest armed with nothing more than a camera.His personal style of filmmaking has been hugely successful with films such as Langan Behind The lines, Fighting The Taliban, Meeting The Taliban and Afghan Ladies’ Driving School being fine examples of his work. Born in 1964 Sean has been making documentaries since 1997; His first film Video Diaries: Nightmare In Paradise saw him investigate the kidnapping of two British tourists in Kashmir. He joined the relatives of these missing men, who didn’t know if their sons were alive or dead, following them as they took to the streets looking for information and recording their every move with his camera. He recorded his own thoughts and investigation into the pair’s disappearance in a diary format.