Looking back at 2010: Screenings at the Frontline Club

With over 80 screenings showing films from 42 different countries the screening programme has looked at topics, issues and stories covering the globe this year.

We began the year with a retrospective season in January which featured four classic films from broadcasting history; Listen Whitey, Detroit ’67, Year of the Torturer, and special screening of Sgt Pepper: It Was 20 Years Ago Today in memory of legendary producer John Sheppard. 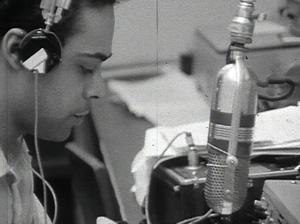 Throughout February we ran a season of projects funded by the Channel 4 BritDoc Foundation, with films such as Zed Nelson’s beautiful Shelter in Place, Mat Whitecross’ Moving to Mars, and a particularly special screening of David Bond’s excellent Erasing David – which saw the production team and investigators from the film in attendance for the Q&A.

February also saw the first screening at the club by award-winning Director Chris Smith with his film The Pool – the only director to screen two films at the club this year!

Throughout March we ran a short season of films by master filmmaker Werner Herzog curated by his long-time producer Andre Singer. We decided to explore Herzog’s work through those that worked with him in various capacities. Andre gave a Q&A after My Best Fiend, Cinematographer Paul Berrif captivated the audience with his experience of working on Lessons of Darkness and contributor Dr Graham Dorrington gave an explosive and hilarious account of his time on The White Diamond.

We also had an extremely special Sunday screening with an insight into the legendary documentary project The Up Series with director Michael Apted. Michael kindly created a montage of the programmes specially for the screening and was joined on stage by long-time series producer Claire Lewis and Bruce and Penny from the series. 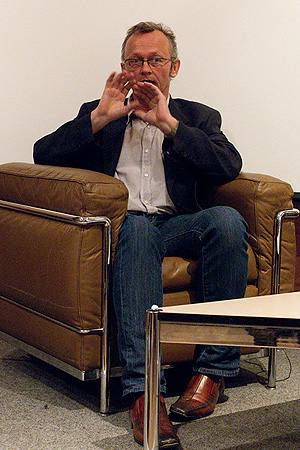 (Jody Jenkins, writer/producer of American Jihadist – screened at the club in April)

Throughout May and June we ran two seasons, first a large season in association with the Hot Docs film festival in Toronto starting with Heidi Ewing and Rachel Grady’s stunning 12th & Delaware and taking us through eccentric inventors in Japan with The Invention of Dr Nakamats to an exploration of Pakistan politics with Bhutto and James Der Derian’s fascinating Human Terrain.

Our Alternative View season looked at films that approached subject matter from different ways, whether it be style, angle or through the ways in which the films were being distributed. The films all had particularly interesting Q&As two of which were the Vice Guide to Liberia and George Gittoes’ hilarious Miscreants of Taliwood 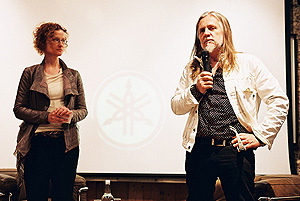 August saw the beginning of the Liberation season that ran until November. Some of the films included were; The Hunger Season, 1968, Good Fortune, American: The Bill Hicks Story, Stolen, Sisters in Law, and Africa’s Last Taboo. The season covered subjects ranging from race to freedom of speech, gender, sexuality and justice to name a few.

September saw some of the most packed and loved films screened at the club of year. The Trouble with Pirates by James Rogan saw the longest Q&A we had, which was largely down to the majority of the contributors in the film being present in the audience. It was a definite highlight of the year with the audience being able to get their questions answered by a range of experts in attendance.

We were extremely proud to host the London Premiere of Jennifer Arnold’s A Small Act, a far too rare opportunity to see a powerful film that shows real change being made. A completely packed house listened intently to Jennifer and human rights lawyer Chris Mburu discuss the film.

The screening of Cameraman: The Life and Work of Jack Cardiff was made particularly special by Jack’s son Mason allowing many personal items of memorabliia to be placed on display in the club bar. We are delighted that they are still on display in the cabinets and there is more information about each item here (I would recommend paying particular notice of the piece of linoleum once graced by Marlene Dietrich’s bottom). 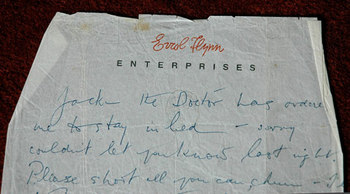 The end of the year saw three of the biggest screenings we had at the club; Rebecca Richman Cohen’s War Don Don, Rob Lemkin’s Enemies of the People and Laura Poitras’ The Oath – all of which were some of the most in-depth and fascinating Q&As of the year.

The screening programme also played host to a new event in 2010 in association with the Channel 4 BritDoc Foundation – Documentary Matchmaking. After two highly successful sold-out events at the club, and one at Sheffield Doc/Fest, we will be holding the next event in February. Many projects involved in the evenings have gone on to find their perfect collaborators and we look forward to pairing up numerous new projects next year.

The screenings programme is indebted to the multitude of organisations and distributors that help get these wonderful films to the club, and to everyone that helped make 2010 such a strong year we are extremely appreciative.