Kony and Uganda – Peace vs. Justice? Or a different conversation altogether?

Directed by Klaartje Quirijns, Peace vs. Justice explores how to find justice for Kony, and peace for Uganda, where three million people have been victimized by the LRA, either directly or indirectly, according to the film’s closing credits.

If Kony is captured  (one hundred U.S. Special Operations troops were dispatched toward this end in Central Africa last year ), the film asks: should his crimes be placed solely into the hands of local justice in Uganda?  “The people I met in northern Uganda…actually most people…will say that,” Quirijns told the audience.

The movie highlights however that Ugandans have failed to achieve peace with the LRA for over two decades.

Many hope to see Kony tried by the International Criminal Court (ICC) in the Netherlands, yet panelist and British barrister Courtenay Griffiths was sceptical:

“If you look at virtually every situation in which the ICC are involved, you can see certain Western interests at play. And what you have to realize is that the language of human rights, and humanitarian intervention, has now become a fig leaf behind which powerful Western countries can intervene around the world to protect their own, particularly economic, interests.” 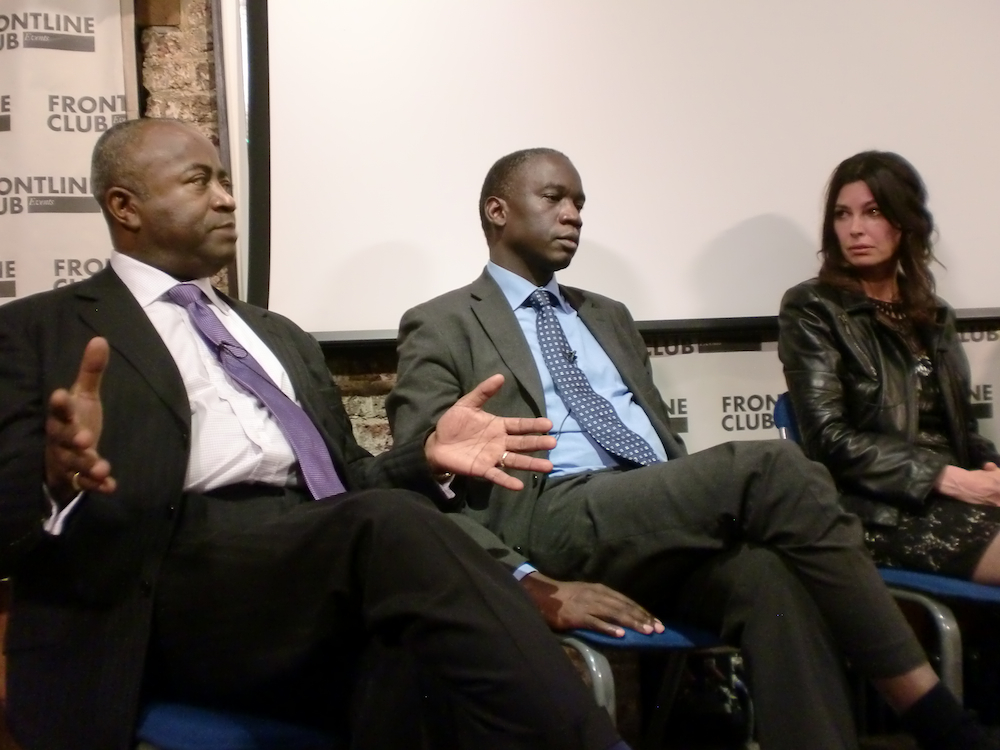 “No,” human rights lawyer and fellow panelist Geoffrey Robertson affirmed. The ICC has brought both hope and fear that war crimes will not be tolerated, he emphasized.

“You can’t say it’s a neocolonial court,” he added.  “Yes, we won’t probably get [Tony] Blair.  Although Dr. Kissinger’s travel plans are very curtailed. So are George Bush’s. There are a lot of places they can’t go to. Why? Because of international justice.”

Finally, Mugambi Kiai, a professional advocate for accountability in African governance, demanded a change in the conversation about Kony, Uganda, and the ICC:

“When is it that we stop looking at the ICC as a panacea? As the vehicle through which we get justice? …  Where are the domestic remedies that we so need? [In Kenya,] we’ve been told: we’ve got a new judiciary, we’ve got a new constitution. That’s all hogwash!

You can watch the discussion below: