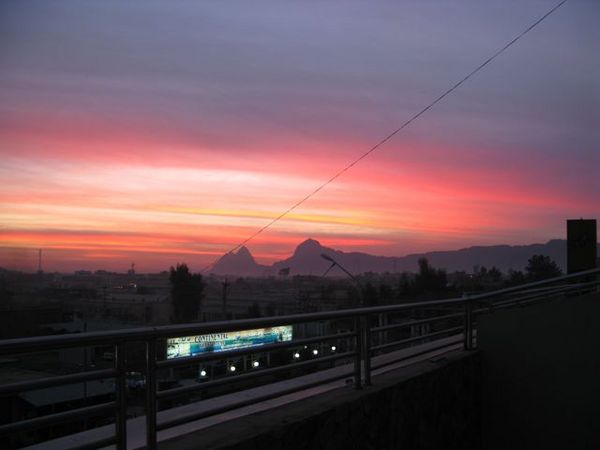 I’m sitting in Dubai at the moment so can’t claim to be the man on the ground for tonight’s bombing in Kandahar City.  That dubious honour goes to Felix Kuehn (@felixkuehn on Twitter and www.felixkuehn.com for his blog).  I just spoke to him over the phone and he added some details to the mix:

– Explosion happened at around the time people had sat down to break the fast.
– Various people reporting a single-sourced claim that there were 5 car bombs that went off, but I don’t know how this information is being confirmed.
– People at the hospital are saying 35+ died in the bombings, but it seems that there are many still trapped underneath the rubble of buildings destroyed.
– The New York Times advances the thesis that the bombs targeted foreigners in Kandahar because they detonated close to UN buildings etc, although I’m not fully convinced.  There are easier ways to target foreign institutions/organisations in Kandahar.

Felix told me that the district chief of Khakrez (one of Kandahar’s districts) had been having dinner and meeting with some of his colleagues at the Shandiz ‘restaurant’ near to the centre of the bombing, so it’s possible they were targeted.

Other news outlets have been republishing comments by provincial council member Hajji Agha Lalai implying that a Japanese construction company was targeted in the bombing.  I don’t think that’s enough of an excuse for such a huge explosion.  Again, I’ve written on this blog often over the past year and posted photos of huge blast clouds, but Felix tells me that this explosion was at least twice as powerful as any of the ones we’ve seen so far.

Most of the windows in central Kandahar were blown out.  Our double-glazed panes were blown open and some were even blown out of their frames.  There seems to have been a fair amount of gunfire after the explosion, and some of those bullets even struck our balcony close to where Felix was standing giving an interview over the phone to CBC News.

Felix also tells me that Canadian troops came to the Continental Guesthouse (pictured above) and evacuated the foreigners who were staying there.  There’s no power in Kandahar City at the moment (in all likelihood unconnected to tonight’s bombing) but tomorrow morning Felix will be posting his account as well as photos showing the damage.

In case you’re wondering whether the bomb has anything to do with the recent elections, or the posting of preliminary results, it probably is more or less unrelated.  The Taliban aren’t threatened by the elections, and the ‘international community’s’ turning a blind eye to the massive fraud perpetrated has only further delegitimised the Karzai government in the minds of ordinary Afghans down south.  Tonight’s bombing is merely another step in the continuing disintegration of Kandahar; nothing more, nothing less.