In the Picture with Giles Duley: “Anti-War Photographer” 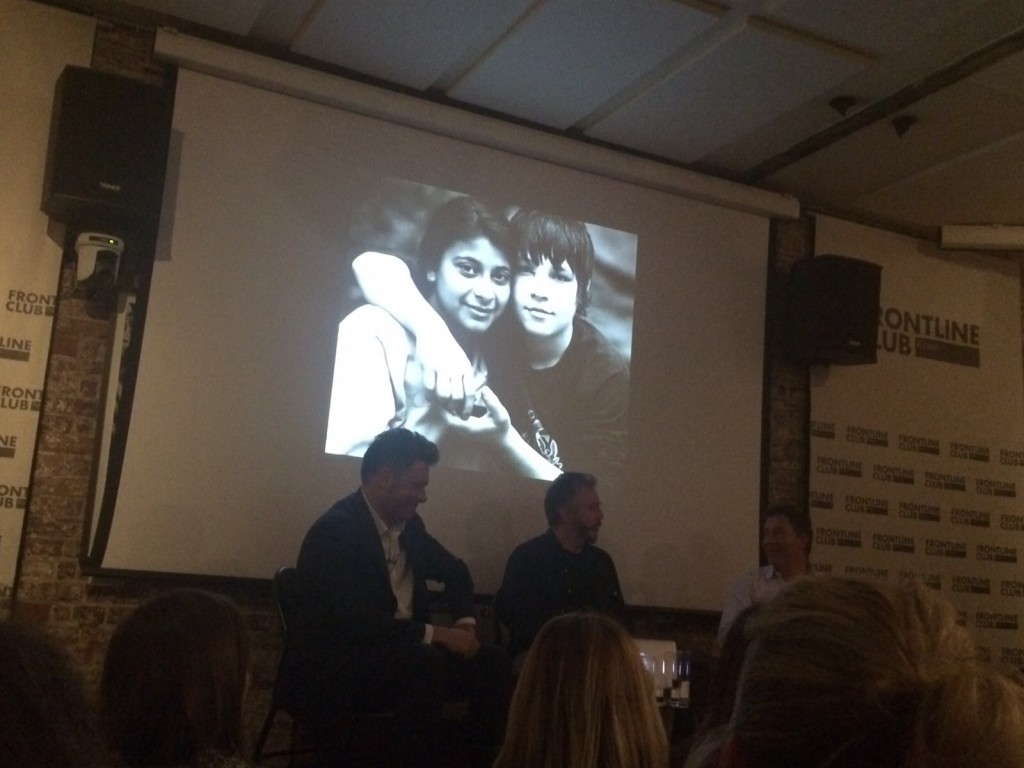 Duley told the audience that the images chosen for the book are those that have stories attached to them, and that haven’t been published or received exposure previously. In reference to the title of the project, he explained that as he was compiling the collection, he noticed that – despite there being 100 photos included – the shutter speeds of all photos combined only amounted to roughly one second of time.

“I was interested in this idea that we see photos as permanent records, and really they are only fleeting moments of others… They can give us a little window, a little insight into those people’s lives, but really we have to accept that that is just a fraction of a second.”

Duley explained that he prefers to spend a substantial period of time with the subjects featured in his work, who are often in extremely difficult situations. In response to an audience question about whether the photographer worried about the psychological impact of witnessing such harrowing scenes, Duley replied that the stories and names are “etched in [his] brain,” and that he would be concerned if such stories no longer affected him.

In explaining why he decided to work largely on self-funded projects, Duley said that he was interested in finding the story behind the photo, rather than taking the more provocative images often sought by NGOs and news publications. “For me personally that’s often not the story, those are often not the people you find.”

Duley then discussed his current project – photographing refugees in Lesvos for UNHCR.

He has continued to purposefully avoid taking the “obvious” photographs, and will not take a photo without permission of the subject. However, he did reveal that he is often frustrated that his photographs “don’t shout… and sometimes I wish I was taking photographs that were more angry.”

In discussing Duley‘s preference to focus on the complex stories that surround his photographs and their subjects, Tatley described him as a “conduit for the story,” rather than “imposing the story” of those who commissioned it.

As a result, Duley commented that many of his photographs become a crucial “part of the text.”


Duley commented that he often looks to present his subjects carrying out day-to-day tasks, without their obvious labels, in order that they become more relatable.

This has its difficulties, as Levy pointed out: “How do you reconcile your role? You can’t be a refugee.”

Duley responded that ultimately he is not “looking for the ‘truth’, I’m looking for a narrative.”