“It is a beautiful film, and the stars are the gorillas”
“Brilliant film, really engaging”
“Amazing and powerful”
“Incredible film”

“I’ve been interested in trying to tell a positive, different story from eastern Congo. One that wasn’t all about the many negative things that we mostly hear about the place.

“Between 2008 and 2012, there’d been a period of relative stability, and I learned about the really inspiring work of the rangers of Virunga National Park. In their story I saw a metaphor for the wider rebirth of the region.

“That the park was implementing various different development projects, tourism was starting to grow again . . . I’d only been on the ground maybe three weeks and this new civil war started.

“Around the same sort of time I learned about the park’s concerns about the illegal oil exploration by SOCO International. I ended up staying because I was enthralled about the rangers and their work.” 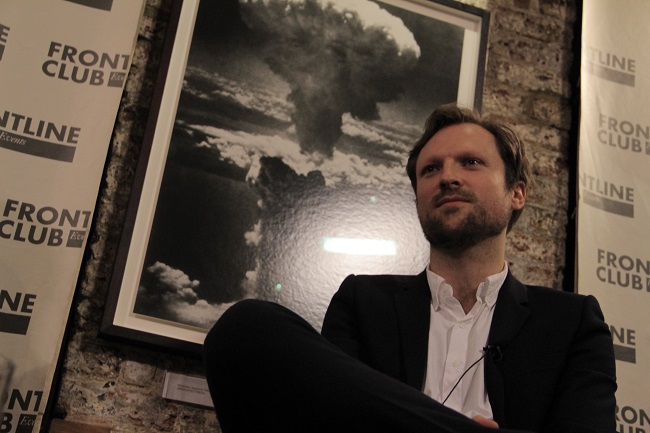 Two representatives of SOCO International were allegedly present at the screening. The company had issued a PR statement in response to what it “believes to be groundless allegations” recorded in the film.

An audience member from BBC Panorama asked how the filmmakers responded to SOCO’s comments.

“We wouldn’t be sitting up here if we didn’t stand by the journalism and the work that we’ve done.

“In terms of SOCO International, what they’re doing in Virunga National Park is illegal. . . . It’s illegal under Congolese national law, it’s illegal under international law, and on top of that, over the years we were there, we have serious concerns about a lack of oversight that this company has. To do with corruption and links to armed groups.”

“What they failed to recognise is that it’s illegal at the highest level of law. It’s enshrined in the constitution that a world heritage site cannot be exploited in this way for oil exploration, ever. So all the permits they would like to suggest they have are all null and void. . . .

“So in terms of whether we have oil or not, what we have is a bird in the hand, and a bird that we don’t know exists. The bird in the hand is Virunga National Park, a world heritage site which is there for all of us; and is in fact building a £150 million development programme which is genuinely helping the local communities . . . .” 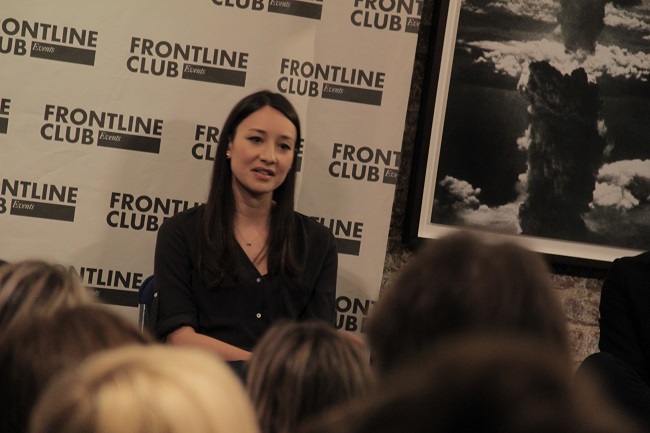 “What power do we have to act against these groups, these immoral positions?” asked a member of the audience.

“SOCO International is a British company, so talk to your decision makers. . . . Talk to your own authorities, let them know how they feel about this issue. In terms of stages we have spent quite a long time building a campaign that goes alongside the film. You can follow that campaign on our official media and on our website.”

Gouby responded to a suggestion that if not SOCO, someone else would do the same thing:

“Total, the French oil company, has a similar concession north of the park, and they’ve promised they would not go into the park. So there is no evidence that any other company would do the same thing.” 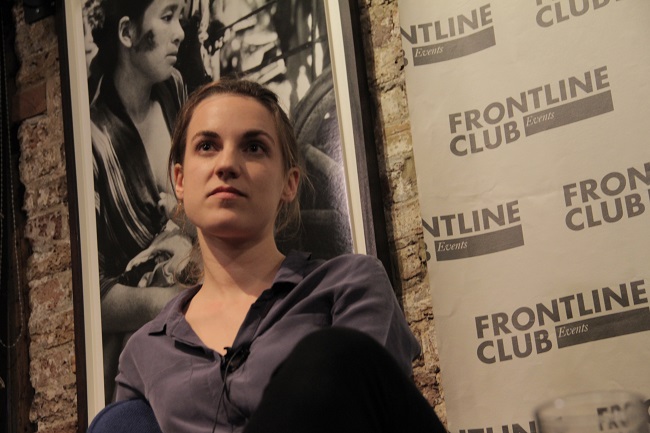 “I thought the real heroes were the rangers,” said a member of the audience:

“I thought the contrast between the virulent racism of SOCO’s representatives against the brave and eloquent way the rangers spoke was extraordinary. I noticed that in SOCO’s rebuttal, they said nothing about the racism that was shown, that they should re-colonise the Congo.”

“If someone from SOCO is here who thinks we’ve been given the wrong impression, is there someone who’d like to correct that impression for us now?”

There was no one to respond.

The audience was full of praise for those involved in the protection of Virunga National Park and the local communities:

“How extraordinary the courage of everybody involved with film, particularly the Congolese, comes across in the film. And the amount of personal danger people put themselves into to bring across this message, and to congratulate and thank you for doing that.”

Asked about organisations that support the rangers, Natasegara said:

“You can donate directly to the park. The website is www.virunga.org/donate.

“They have a specific fund for the widows of those rangers. You can contribute directly to their livelihood. That would be a great thing to do.”

Von Einsiedel concluded with the optimism he had witnessed:

“There’s amazing optimism on the ground . . . that this place can be better, and the potential it has – that’s the reason the rangers of the park are out there every day, risking their lives. Because of that hope. Of what they believe the Virunga can do to the region.”

“It’s not going to Margate,” warned von Einsiedel as he encouraged everyone to visit the gorillas:

“The security situation has improved dramatically. So much so that gorilla tourism is open again. So you can all go and visit the gorillas, and you’d all be doing a massively good thing because that’s putting money into the local economy. I’d say go. It’s not going to Margate [laughs] but it’s safe enough to do it.” 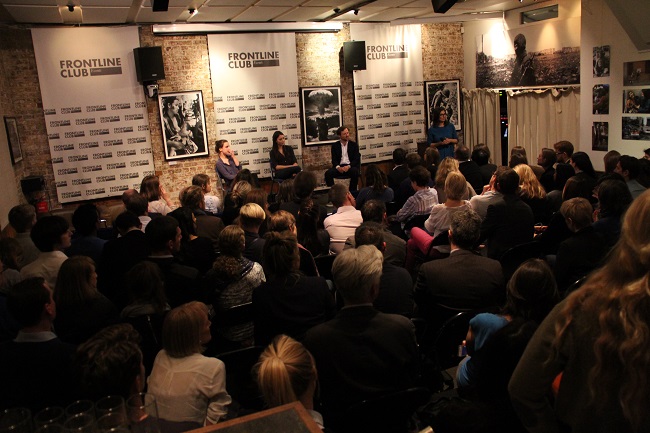 For more information on future screenings, and how you can get involved: