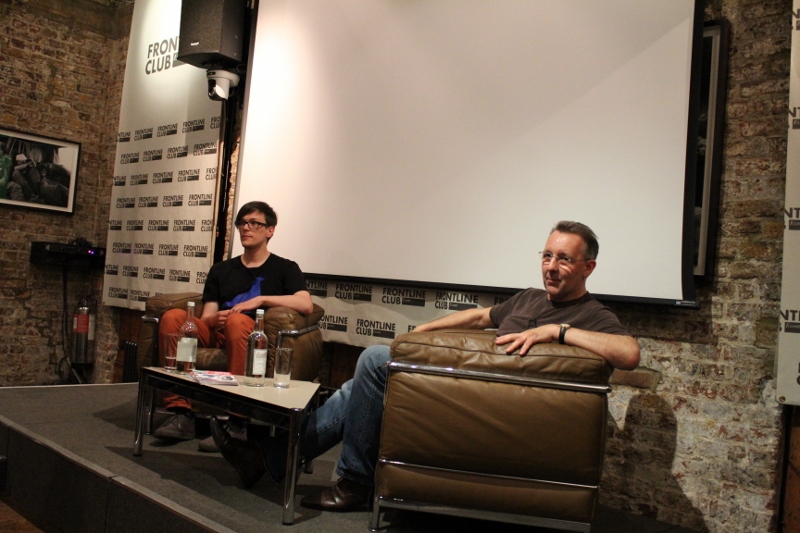 Moderator and Founding Director of Open City Docs Fest Michael Stewart kicked off the Q&A:  “As young chap who wasn’t, I’m sure, familiar with the occupation of your country by the great Russian forces, how come you made this particular film?”

“The biggest motivation for us to go there and make a film was that we didn’t know about the existence of this territory, or country,” replied Kokeš. “Often the territory is described as a dangerous place where you should never go; so we wanted to explore it and fill this black gap on the European map. … We felt we were connected to the reality there, as it was similar to the communist past of our country.”

“There are speculations,” responded Kokeš, to a question on arms smuggling:

“They may have been sold in the 90s. The main income for the state comes from smuggling. They are smuggling food, cigarettes, alcohol, everything that comes from Ukraine goes through Transnistria. And there it gets lost. The son of Igor Smirnov, the [former] President, was the head of border control.”

“The fear of the people,” was the main obstacle the team faced in filming:

“This situation is similar to the Czechoslovakian reality during the 70s or 80s,” said Kokeš. “Because people fear they could lose their jobs, they don’t want to criticise the regime.”

“The secret service in Transnistria, at that time when we were shooting it was called MGB, which means Ministry of State Security; after the new President was elected – he was perceived as big hope, as a democratic force – he changed the name from MGB to KGB again.” 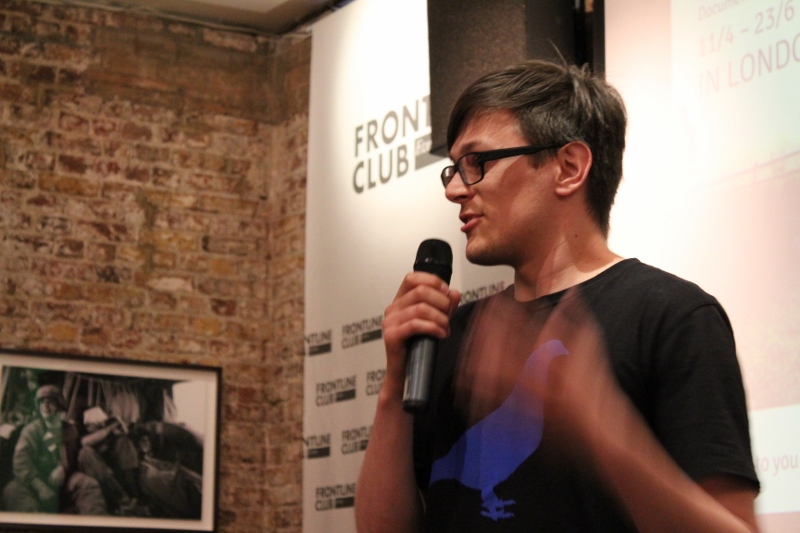 On internet access in the territory,  Kokeš observed, “there’s only one internet provider, controlled by the state”:

“The internet is there, you can surf, find everything you want, but you are being watched. Last month they started to block all the opposition sites, or the forums where people are discussing political issues. So it’s very easy for them to control.”

Asked about the potential resolution of the territorial conflict with Moldova, Kokeš replied:

“The propaganda is very, very strong. After 20 years they succeeded to make this brainwashed generation, because even the young people, they told us that Moldova is enemy territory to them. Officially there is still war between Moldova and Transnistria. Only they are not fighting. So Moldovans are enemies to them.”

To conclude, Kokeš described how the project changed his own perception:

“I was expecting a Soviet open-air museum. I expected only old cars, but suddenly there were pink Hummers. So I started to think things are more complicated. We started to ask people how could they describe the regime: is it socialist or democratic or dictatorship or something in between? And they said: it’s very complicated. It’s anarchy, it’s oligarchy, it’s democracy but with its own rules, it’s a complex problem.”

Fortress was presented as part of the One World Echoes in London series, supported by the Czech Centre London and in collaboration with One World Prague.

Upcoming films in the series are Black Out and Stone Games, both at Open City Docs Fest on Sunday 23 June.