Season – Werner Herzog Behind the Scenes

Throughout March the Frontline Club are hosting a special season looking at the work of Werner Herzog. Rather than just a standard retrospective of his work we’ll be hearing from those who have worked with him over his career behind the scenes.

Curated by his long-time collaborator and producer Andre Singer, the season is a rare view at the filmmaking process of one of the world’s most highly revered documentary filmmakers. The season will give you a chance to speak with those that have worked with Werner Herzog in the closest capacity, from production to cinematography and also as a character in his films.

We have chosen three films that are less likely to be shown elsewhere and are teaming them with Q&As with people who had a crucial role in their production, and who can also give the greatest insight into the filmmaking process.

My Best Fiend is our first screening on March 8th and is one of the most tumultuous depictions of a working relationship imploding on camera. German actor Klaus Kinski made five films with Herzog and this documentary shows their love/hate relationship in often alarming depth. It also serves as an enigmatic and moving elegy by Herzog to his friend.

One of the world’s most experienced anthropological filmmakers in his own right, Andre Singer has produced Werner Herzog films for over 20 years and played a crucial role in the production of My Best Fiend. He will be giving a Q&A afterwards with a unique viewpoint of holding a film together whilst the director and lead actor warred with each other.

Roger Ebert gave the film three stars out of a possible four, saying:

“As a meditation by a director on an actor, it is unique; most show-biz docs involve the ritual exchange of compliments. My Best Fiend is about two men who both wanted to be dominant, who both had all the answers, who were inseparably bound together in love and hate, and who created extraordinary work – while all the time each resented the other’s contribution.” 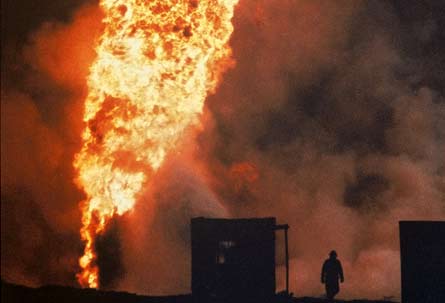 On March 21st we are showing Lessons of Darkness, an apocalyptic vision that hints towards science fiction, and concentrates on the aftermath of the first Gulf War – specifically on the Kuwaiti oil fires, as a whole world burst into flames.

In contrast to most documentaries there are no comments, few interviews and the film serves as a perfect example of Werner Herzog’s ability to give an entirely unique perspective on a subject matter. What must have been the hell itself is presented to the viewer with stunning cinematography and a captivating score.

Director of Photography and Producer Paul Berriff is presenting Lessons of Darkness. During his filming exploits, Paul has survived a major helicopter crash, leapt to safety from a sinking ship in the treacherous North Sea and escaped death when a volcano erupted around him in Nicaragua.

On September 11 Berriff was filming with the FDNY’s Assistant Fire Commissioner at the World Trade Center when the south tower collapsed. Berriff was knocked unconscious for 20 minutes before he eventually crawled out of the debris with head injuries. The Daily Telegraph nicknamed Berriff “The Indiana Jones of Television.” 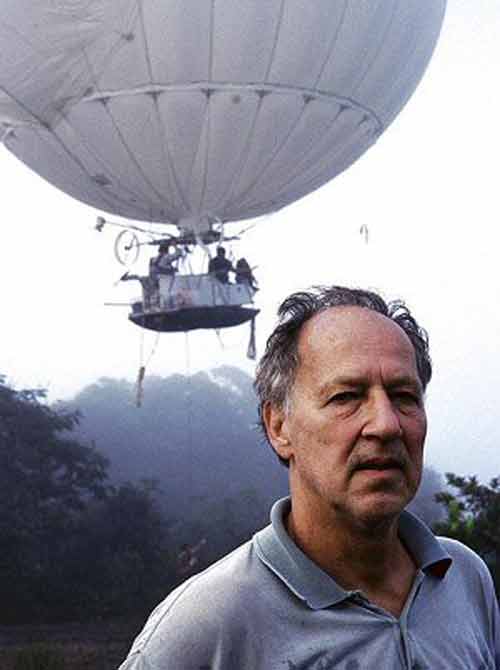 Finally we will be screening The White Diamond on March 28th, which shows the journey of Dr Graham Dorrington, an aeronautical engineer, who has built an airship he is hoping to fly over the forest canopies of Guyana. The White Diamond is a beautiful film and an excellent example of the respect and friendship Werner Herzog easily gains with contributors in his films.

Dr Graham Dorrington will be presenting this film and this is a chance to gain direct understanding of what it’s like to be the focus of a Werner Herzog film.