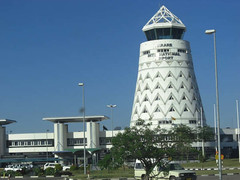 We woke early on the promise that the Zimbabwe Electoral Commission (ZEC) would be starting to announce the official results as of 6am. In fact it announced one parliamentary seat, Mutasa South which went in favour of the Tsvangirai faction of the Movement for Democratic Change (MDC-T) by more than 8,000 votes to 3,000 and some for Zanu-PF.

It is very frustrating to know that the count was finished on Sunday, all the tallies reported to the various command centres and from them to the national command centre, but that process of “verification” at the NCC is taking forever.

Of course many Zimbabweans think there is a sinister reason for this: “You know they’re delaying revealing the results so they can fix them, don’t you?” asks Jules rhetorically.

The absence of concrete facts, ensures that rumours fly from lip to lip. “The army chief of staff has given orders to the ZEC to hold the results for 24 hours to allow him to deploy his men – why would they do that?” The assumption is that the army will either crack down on any protests over the obvious rigging of the presidential election result, or they will stage a coup if the real result, a Tsvangirai win, is announced.

“Justice Minister Patrick Chinamasa has lost his seat.” “Elliot Manyika, the MP for Bindura has lost his seat and shot his driver dead because his driver showed he was happy that the MDC-T candidate had won.” True or not, these snippets are passed from person to person, fuelling the feeling of nervousness.

“You forget we have been down this road before. Three elections – 2000, 2002 and 2005 where it was clear that the MDC had won, but Zanu-PF somehow was announced the victor.”

“Our only hope this time is that, in spite of the gerrymandering, the postal vote, the problems with the electoral roll and so on… that the transparency of the vote and count in each ward, the public posting of the results for all to see and verify in person, will make it impossible for them to steal the election again.”

I have decided to move on from Harare into Matabeleland. I want to see how things are in Bulawayo, Hwange and Victoria Falls. All day yesterday I received text messages from friends in those areas gleefully recounting the results. It seems that Morgan Tsvangirai has swept the board, to the shock and dismay of the Arthur Mutambara faction of the MDC.

One of the things that never ceases to amaze me here is how efficient and well-organised Zimbabwe can be, compared to so many of its neighbours. I call the local reservation number for Air Zimbabwe 575111, choose option 7 for reservations, and speak to a charming and friendly-sounding lady who happily makes a booking for me and gives me my reference.

One day later, I turn up at the international side of Harare airport to the Air Zimbabwe ticket office, state the reference, am told my seat is indeed confirmed, pay up and within minutes am issued a ticket which I then take the 50 metres or so to the domestic terminal where I check in within seconds. It takes a few more seconds to put my bags through the scanner and walk through security into a pleasant and spotlessly clean departure lounge.

Interestingly, there is a group of four or five cafÃ©-style tables with chairs in an area adjacent to a cafÃ©-bar, currently closed, all taken by white people. The remaining passengers, white, brown or black slump in the usual plastic bucket-seat rows of a departure lounge.

Boarding is quick and efficient, the staff aboard the aircraft courteous and friendly. We are even given a snack and hot drink on the flight, which barely lasts an hour. Once on the ground, a quick walk across the apron and straight through the domestic arrivals gate and I am outside. I mentally compare and contrast to the nightmare of transiting London Heathrow and chalk up a few more brownie points for Zimbabwe.

My taxi ride from the airport meets with a police checkpoint – the first I have seen in several days. The policeman and my driver exchange a few words, two 10million Zim dollar notes are surreptitiously passed from my driver’s hand into the policeman’s hand under the pretext of an African reverse handshake “so he can have a drink” and then we are allowed on.

“Usually they stop us to check if we have currency we shouldn’t have, or goods we shouldn’t have, then they would confiscate them”, the driver says.
Then he shakes his head sideways and smiles: “but they are paid peanuts and I’m sure they too are hoping for good news today.”

He means the announcement of the election result, which pretty much all of Zimbabwe is hoping will mean a regime change and the start of a new phase of development that will restore harmony and prosperity to this beautiful country.

Time to go out on the roads and see what is happening here in Matabeleland.