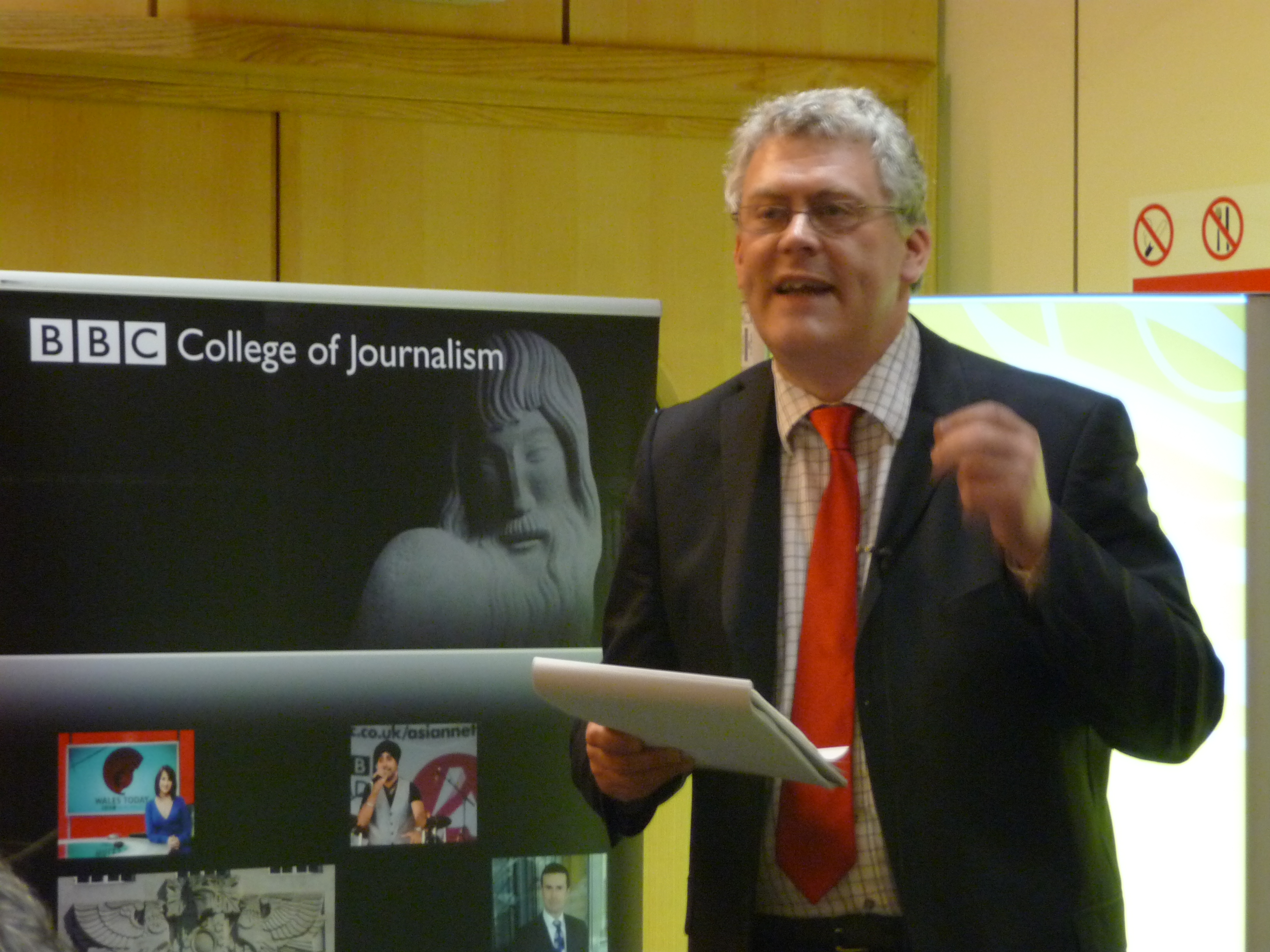 Yesterday, I travelled up to Coventry for a conversation about embedded journalism in Afghanistan. It was hosted by Coventry University and the BBC’s College of Journalism.

I’m not sure I ever really understood the question that was supposed to frame this debate: "Afghanistan: Are we embedding the truth?" (Answers on a postcard etc…)

But as far I was aware the aim was to discuss whether embedded journalism is helping us to understand the war in Afghanistan.

Of course, embedded journalism – when a journalist is attached to a military unit in a warzone – is nothing new.

It’s always been best to cover a war from one side or the other rather than being stuck somewhere in the middle of no man’s land trying to jot down a few notes while the bullets hail down from both sides. (The pen might be mightier than the sword but it doesn’t look too clever against a rocket-propelled grenade).

But embedding has become formalised since the Iraq war and in an era when acting unilaterally as a journalist is exceptionally dangerous, this form of reporting has become an important lens through which we view conflict.

‘There are two in the bed…’

Embedded journalism brings two uneasy bedfellows – the media and the military – together under the same tent. Vaughan Smith, Frontline Club founder and freelance filmmaker, gave us an insight into the nature of the "compact" between the two parties.

Both sides have something to gain from the arrangement. For the media, an embed delivers some "strong pictures" and "feeds the [news] machine". For the military, embedding means control over the journalist and the potential to use the media organisation to disseminate positive messages about the progress of the war.

Brigadier Mark van der Lande said one of the military’s key responsilities was informing the public and that embedding journalists was necessary to fulfil that obligation. He hinted at a step change in the way information about Afghanistan was communicated with the appointment of Major-General Gordon Messenger (a name-role combination that wouldn’t look out of place among the pages of Catch-22) as the most senior spokesman on Afghanistan.

Of course, there is a fundamental clash between the aims of the media and the military. ‘Objective’ journalists will want to portray ‘the good’ and ‘the bad’ (with the thought in the back of their minds that ‘the bad’ often sells better and is more likely to win an award).

The military will want to accentuate ‘the good’ and downplay ‘the bad’. Journalists covering Afghanistan will tend to go for ‘bang bang’ and dramatic pictures while the military will be more concerned with representing political and economic development (arguably more important than warfighting in this case).

Ideologically journalists tend towards freedom of information, while, for the military, secrecy is vital for operational security, the welfare of serving soldiers and political aims. Journalists are after news; the military has a war to fight and win.

‘And the military one said: "roll over". So they all rolled over…?’

Vaughan Smith was most stringent in his criticisms of news management by the Ministry of Defence, which he felt was "pretty unhelpful" and "risky". He said his initial application through the Ministry of Defence for an embed got him nowhere and that after waiting 6 months he changed tack and embedded with the Grenadier Guards through ISAF (NATO).

Vaughan suggested that freelancers were not deemed by the MoD to be worth the effort compared to their traditional media counterparts and were considered more of a risk because there was no editor to pressurise.

Alex Thomson, who joined the discussion via a pre-recorded interview, said his recent embed with the Coldstream Guards for Channel 4 news was an improvement on previous experiences. He said the MoD "do play games" with the timing of embeds and believed his embed was "bumped back for fairly naked political reasons" so that other journalists could cover the earlier stages of Operation Moshtarak.

But Thomson praised Lt-Col David Wakefield, the Spokesman for Task Force Helmand, for his assistance on the ground in Afghanistan describing him as someone who "understands the needs of the media".

Even if the media/military relationship is often professional and sometimes as positive as Thomson discovered, is it possible for embedded journalists to give us an accurate and fair representation of the conflict in Afghanistan?

Stuart Ramsay, Chief Correspondent at Sky News, made an appeal to his experience of covering 16 separate wars during his career. He said that an accurate picture could be given and argued that journalists could be trusted. In particular, he was confident that he could retain high professional despite forging close friendships with the participants.

Ramsay nevertheless recognised that embedded journalism provided a limited picture and I don’t think this was really in dispute. Although Professor Tim Luckhurst seemed to be keen to make sure we understood just how limited by citing the example of two New York Times reporters whose reporting of the Spanish Civil War was fundamentally inaccurate.

There was general agreement that embedded journalism was an important aspect of coverage but should merely be part of something far more comprehensive. The BBC’s Jon Williams said it was for this reason that the BBC maintains a correspondent on base in Kabul in order to cover Afghanistan’s ongoing political story.

We do also have access to far more voices if we are willing to look further afield than the traditional media. Just on Afghanistan why not check out things like Captain Cat’s blog, Nasim Fekrat, and the Afghan Women’s Writing Project.

I think a possible challenge for ‘independent’ embedded journalism is the fact that militaries have started doing this sort of journalism themselves. The soldier is committing acts of journalism.

If front line blogs, combat camera teams, and uploads to Youtube become the norm the military might well wonder why they need these embedded journalists to get their message across. Especially if the military does believe that "our people are our best advocates" as Brigadier van der Lande does.

At the moment, media organisations still have far too much sway in terms of viewers, listeners and readers but times are already changing.

1. Video of the event is…should be available somewhere.

2. More time for questions next time please! I ha
d these for starters….

Q. To Alex Thomson: Why did you decide to use ‘as live’ tweets during your recent embed and what did you make of this mode of reporting?

Q. To front line journalists: Do they view the war in Afghanistan as ‘in the national interest’ and what are the implications for their journalism depending on how they answer that question.

3. Wireless access at venue might have been nice. Not much point announcing a hashtag at an event otherwise.

4. Photo: Tim Luckhurst in full flow, All Rights Reserved (for the time being).