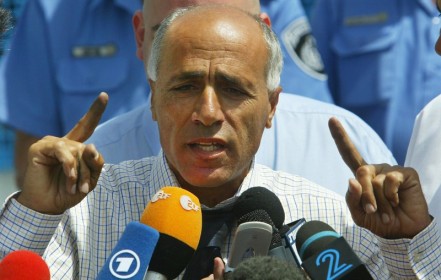 Mordechai Vanunu talks to the press after winning his freedom in 2004. Credit: Getty Images

Concluding our run-down of some of the most prominent whistleblowers in recent memory…..

A former senior civil servant at the Ministry of Defence, Clive Ponting leaked information about the sinking of Argentine warship General Belgrano in 1984. The classified documents leaked by Ponting revealed that, contrary to official accounts of the incident, the ship was outside of an exclusion zone and was moving away from a Royal Navy taskforce when it was sunk by submarine HMS Conqueror, resulting in the loss of 323 lives. Ponting was charged with breaching the Official Secrets Act (1911) after the leak, but was later acquitted by a jury who decided, against the direction of the presiding judge, that it was in the "public interest" for the documents to be released. In the years following Ponting’s acquittal, the Thatcher government introduced the Official Secrets Act (1989), which effectively removed the public interest defence. Ponting has since written 13 books. His latest, A New Green History of the World: The Environment and the Collapse of Great Civilisations, was published in 2007 by Penguin.

Frank Serpico’s story was immortalised in 1973, after the release of a film depicting his time as a New York cop. Starring Al Pacino, the film — titled, simply, Serpico — detailed the true story of a principled young policeman’s battle against endemic corruption in the NYPD. Serpico was appalled by what he saw: drug deals, bribes and various other criminal dealings, involving colleagues at the highest levels of the force. With no other option, eventually he blew the whistle, reporting the corruption to journalists at the New York Times. In the weeks that followed he was subject to intense intimidation by officers at all levels of the NYPD, and at one point was shot in the face in what was rumoured to have been an attempted "execution". Serpico was eventually awarded an NYPD Medal of Honour in 1972, but claims he has continued to be shunned by the NYPD. Married four times and having travelled Europe for several years in a campervan, Serpico today lives in a cabin in relative seclusion near New York. Now aged 74, he remains vocal in his condemnation of police corruption.

Between 1975-1985, Mordechai Vanunu worked as a nuclear technician for the Israeli government. Throughout this period, Israel claimed it would not be the first to introduce nuclear weapons to the Middle East. But in 1986, Vanunu leaked information to the British press revealing that the country had in fact manufactured between 150 and 200 nuclear bombs and were also attempting to produce a hydrogen bomb, the most destructive of all. After the publication of Vanunu’s leaked information in the Sunday Times on 5 October 1986, he was lured from London to Italy by an American citizen doubling as an Israeli intelligence agent, Cheryl Bentov. He was then taken by boat to Israel, where he was sentenced to 18 years imprisonment, 11 of which he spent in solitary confinement. Released in 2004 after serving 16 years of his sentence, Vanunu today remains subject to strict conditions that forbid him from leaving Israel, using the internet or the telephone. He has been nominated for the Nobel Prize on more than 16 occasions, and served as Rector of Glasgow University for three years from 2004-2007 while still confined in Israel, risking imprisonment to remain in regular contact with students.

Private First Class Bradley Manning is the 23-year-old US soldier accused of leaking more than 720,000 diplomatic and military documents to the whistleblower website, WikiLeaks. Manning was arrested in May 2010 by US authorities in Iraq, after he allegedly confessed to a friend that he had obtained and released classified files. An avid and proficient computer user, Manning reportedly discovered instances of war crimes while serving in Iraq and was told to "shut up" by his commanding officer when he tried to have something done about it. According to unverified chat logs, he then took it upon himself to "blow the whistle" by leaking classified files to WikiLeaks in order to expose instances of wrong doing — such as a video depicting the killing of 12 civilians (including two Reuters journalists) by US Apache helicopters in 2007. Manning, who has not yet faced trial, has since been in solitary confinement for over 300 days in conditions that have been widely condemned by campaigners and human rights groups. Critics say Manning — if he is indeed the leaker — is a traitor who has endangered the lives of American soldiers. He faces 34 charges, the most serious of which, known as "aiding the enemy", could see him face the death penalty.