Ebola – “The solution is how countries are living with it”

The film was presented by Sierra Leonean reporter Sorious Samura, whose intimate understanding of the culture and people provided a glimpse into the fight against Ebola not explored by Western journalists.

The screening was followed by a Q&A with Samura, the film’s director Clive Patterson and the evening’s host, Channel 4’s Tom Clarke, who had himself recently returned from covering the Ebola story in Sierra Leone.

“The strength of [the film], is it’s about Liberia living with Ebola. . . . The thing we forget is that the solution to it is how countries are living with it, managing it,” said Clarke in his opening statement.

One of the main issues that the film tackled was how the combination of corruption and government mistrust helped to fuel the outbreak.

“Millions of pounds have poured into that country to help build the health structure, the schools. Where has that money gone?” Samura asked. There were some tough questions about who was to blame for the aid black whole that left Liberia and Sierra Leone so unprepared for the outbreak.

“There is a level of negligence there on the part of Western donors who basically allowed Liberia to get away with the requirements when it came to healthcare,” said Patterson.

Naturally this raised questions about the postcolonial relationship between Africa and the West. What is the best way to tackle Ebola without falling into the discourses of old? 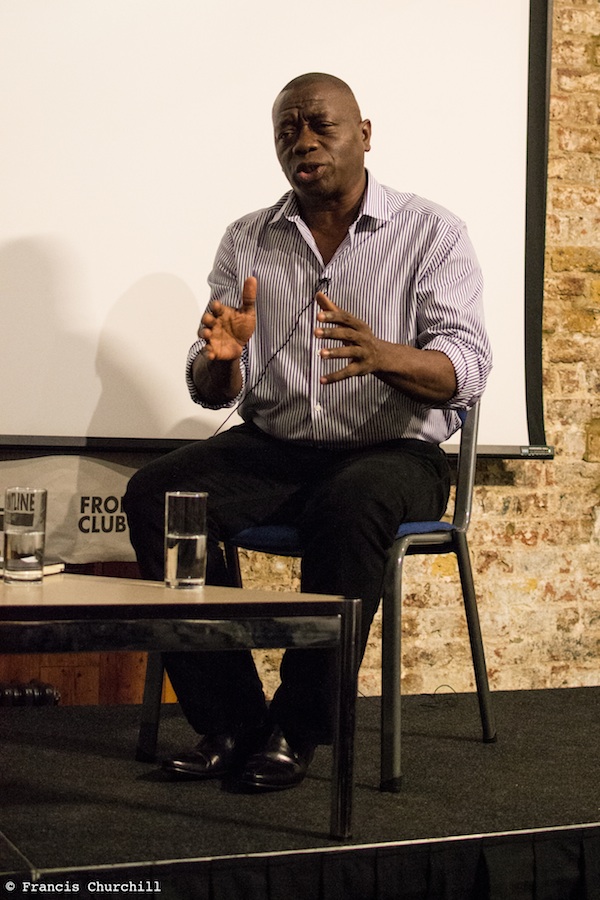 “I grow up in Sierra Leone and we don’t look at people in their eyes when they talk. People of authority, we don’t ask questions. But now we have like emails from Sierra Leoneans asking questions,” Samura said.

But have we not learned anything from any of the other diseases that have afflicted Africa, an audience member asked?

It is clear that controlling the spread of Ebola in Liberia and Sierra Leone is only the first part of the story, and once the initial crisis has passed there are a lot of questions that will need to be answered about why people still don’t trust their government, and why aid money still doesn’t make it to the ground.