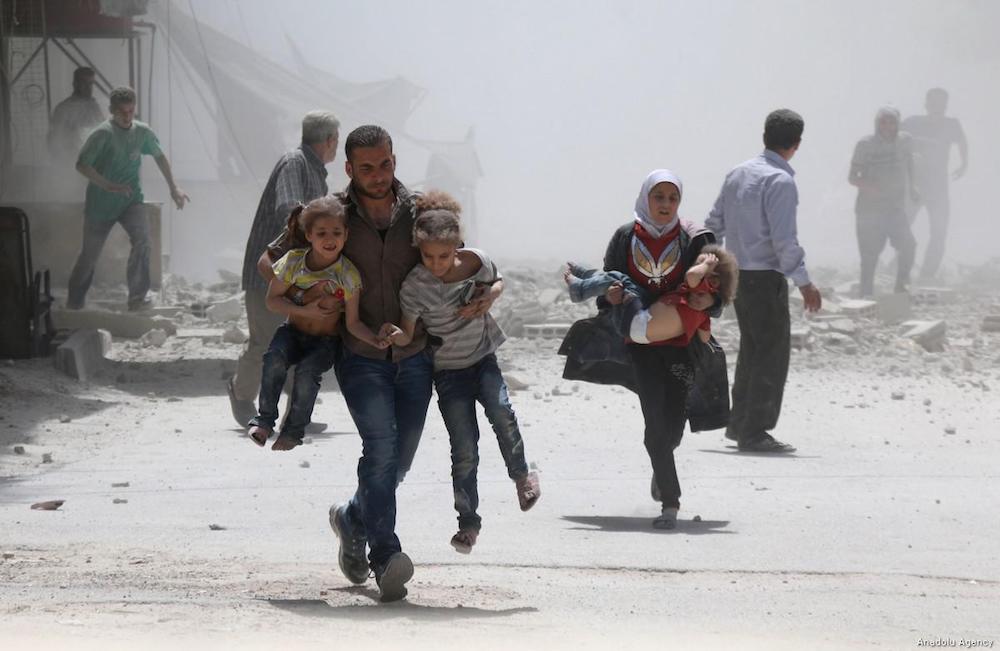 East Ghouta: Are we blind to Syria’s latest tragedy?

With IS’s foothold removed from most of the country, and US Coalition-supported Kurdish forces tied up in a conflict against the Turkish army and its sponsored militias in the north-western Afrin region, it seems that the forces of President Bashar al-Assad and their Russian and Iranian backers are now concentrating on eradicating the last pockets of resistance by Syrian opposition forces.

One such area, the Damascus suburbs of East Ghouta, is the target of renewed violence, with over a hundred civilians dying daily to chemical weapon attacks and regime airstrikes. Compounding these attacks, the state of siege East Ghouta faces has prevented food or medical supplies from entering the region, leaving hundreds of thousands malnourished and vulnerable. Finally, reports are surfacing that the Syrian regime forces are pursuing a policy of targeting doctors, nurses and other medical workers, denying treatment to an already beleaguered population.

All of these crises raise troubling questions about the nature of East Ghouta’s previous designation as a “de-escalation zone” by the Russia-sponsored Astana peace negotiations, and what this seemingly-inevitable eradication of the last bastions of Syria’s popular opposition means for the shape of a potential peace outcome.

The Frontline Club has invited a panel of experts to dissect what the events that have transpired in East Ghouta reveal about a pattern of human rights violations that have come to define the Syrian civil war.

Jeremy Bowen BBC Middle East correspondent from 1995 and Middle East editor since 2005, award-winning journalist Jeremy Bowen has spent much of the past two years documenting the game-changing moments in the history of the Middle East.

Dr Abdulkarim Ekzayez is a Syrian medical doctor and an epidemiologist. His work at Chatham House focuses on the public health impacts of conflict, as well as challenges around the protection of healthcare in conflict, both issues he has experienced first-hand in Syria. Dr Ekzayez researches health workers as military targets and is personally working with other Syrian and British medics and activists to support humanitarian efforts in Eastern Ghouta. He is a regular contributor to several medical and civil society institutions in Syria, and has been active in advocacy for Syria through media and conferences. He is a trustee member of two NGOs, Shafak and Eye to the Future.

Dr Idrees Ahmad is a Lecturer in Digital Journalism at the University of Stirling and a former research fellow at the University of Denver’s Center for Middle East Studies. He is the author of The Road to Iraq: The Making of a Neoconservative War (Edinburgh University Press, 2014). He writes for The Observer, The Nation, and a wide variety of other publications. He is now working on a book on the war of narratives over Syria. Idrees has appeared as an on-air analyst on Al Jazeera, the BBC, TRT World, RAI TV, Radio Open Source and several Pacifica Radio channels.

Leila Al-Shami has worked with the human rights movement in Syria and across in the Middle East. She is the co-author of Burning Country: Syrians in Revolution and War (Pluto, 2016, 2018) and a founding member of Tahrir-ICN, a network that aimed to connect anti-authoritarian struggles across the Middle East, North Africa and Europe.