Summer and something of a seaside independence

Earlier in August I had the opportunity to film in Abkhazia with Matthew Collin –  Al Jazeera’s correspondent in Georgia and fellow Frontline blogger.

The first time I visited Abkhazia was in December 2006 to produce radio features.

I had always wanted to visit the region during summer. This time I was keen to not only experience what brings Russian tourists and their much needed roubles to Abkhazia’s Black Sea coast, but also try to get a sense of what’s happened inside the territory in the past year. 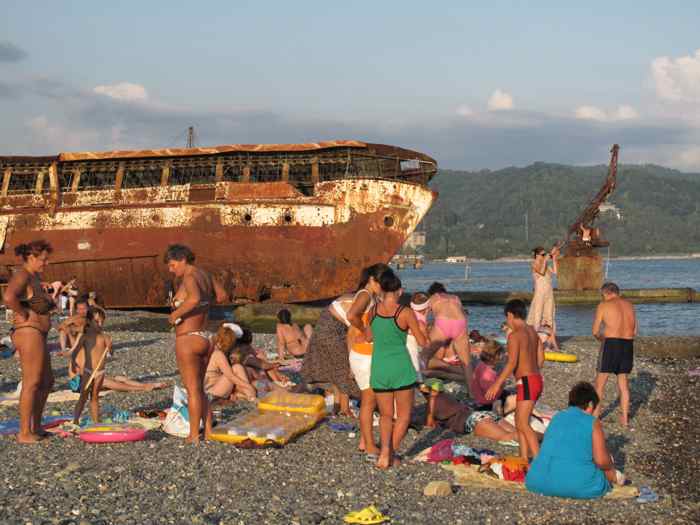 Abkhazia is not the Côte d’Azur, but if you’re after a cheap flop and drop beachside holiday, plenty of hearty shashlik or trout, cold beer and smooth vodka, then Abkhazia would fit the bill.

Unfortunately the closest I came to a quick dip at the beach was filming two Russian anti-submarine corvettes anchored of the coast near Novy Afon. My bad luck for not getting up early for a dawn patrol paddle. 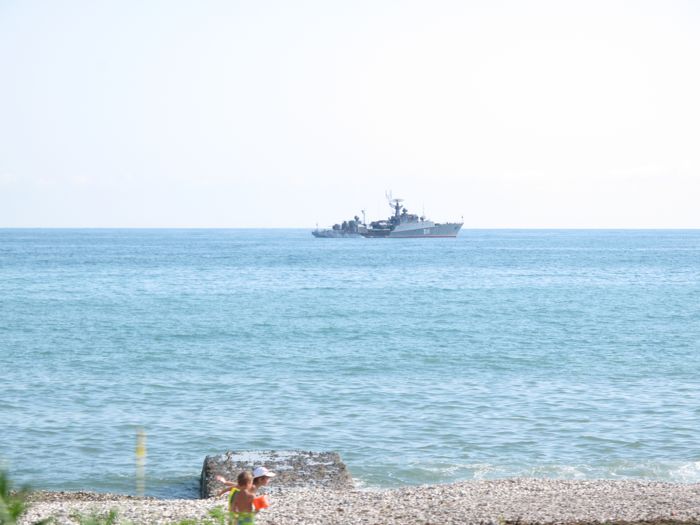 Russia has announced it will begin providing protection for merchant vessels trading with Abkhazia. That’s the sort of news that will go down well with local taxi drivers complaining of fuel shortages after Georgia’s coast guard recently intercepted a tanker.

Early in the trip we had the chance to interview Abkhazia’s Vice Foreign Minister, Maxim Gunjia. He says that since Russia recognised Abkhazia as independent and pledged to offer protection, Abkhazians have more confidence to invest and develop businesses.

Gunjia says the Russian-Abkhaz relationship is broad and rejects the idea that Abkhazia is just a buffer state.

Matthew Collin’s online report has more and you can also watch the accompanying video feature.