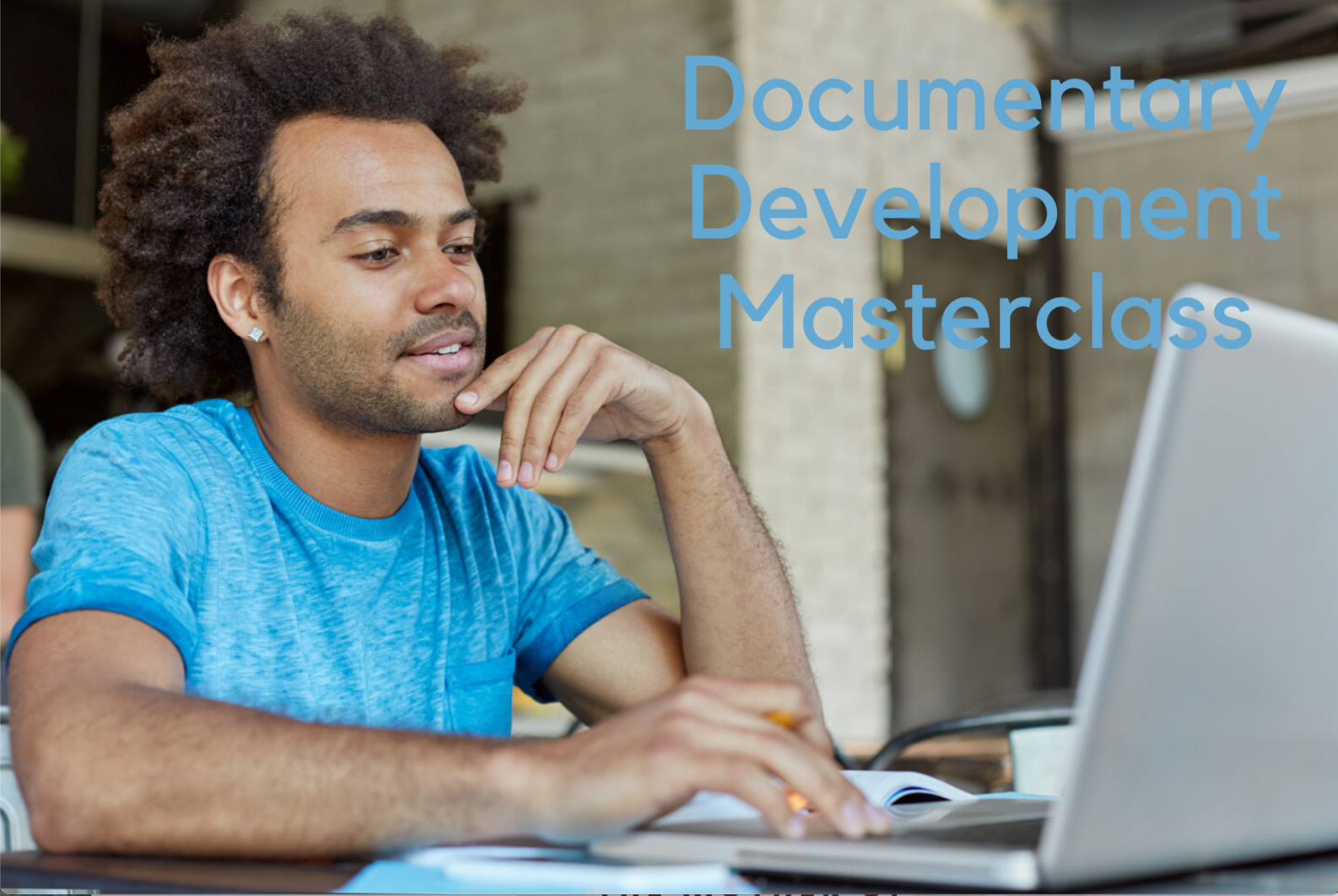 A two day course Friday 30th July & Saturday 1st August 10am-18.30pm BST
Documentary Development, Funding & Production Masterclass
A two day detailed course that covers the whole process of documentary production, focussing on the development stages,
from finding the right idea, developing and pitching it and then planning out the production.
We work through what makes long-form story telling a unique craft and skill, the importance of
good structure and a well thought out treatment and how to spot a great story and turn it into a
fantastic, potentially award winning documentary. Throughout this course delegates will be
developing the documentary idea they bring with them. As a result of these exercises, this course
has been responsible for many documentary ideas being worked up into detailed proposals and
treatments that have gone on to be commissioned, made, and won awards.
WHO’S IT FOR
This four session online course is for both aspiring and established documentary makers, journalists looking to
move into long form, or anyone with a story that they want to tell with film or video.
OUTCOMES
Delegates will come away knowing exactly what they need to do in the research, planning and preproduction
of a documentary before they pitch. They will know what a successful pitch, proposal
and treatment should look like. They will leave the course will a fully detailed and developed
documentary proposal, treatment and shooting schedule.
DAY 1
SESSION ONE (2.5 hours)
• Identifying the differences between short form and long form story telling
• What makes a good story and what are the right stories for long form story telling
• Story, theme, POV, front loading and narrative reveal and story telling using visuals
• Narration, IVs and PTCs in documentaries and getting the balance right
• Finding the theme and depth in the story
• Owning the story and securing access
• Film poster tag lines
• Elevator pitches
• The importance of the pitch
• Homework, develop your idea into a pitch
SESSION TWO (2.5 hours)
• Present pitches, group gives feedback
• Presenter or lead character. Finding and engaging a good character
• Treatment style
• The importance of empathy and audience buy in
• The proposal, it’s pivotal importance and it’s components
• Homework, develop the pitch into a full proposal
DAY 2
SESSION THREE (2.5 hours)
• Present proposals to class and discuss
• Making your proposal unique and a must-make, ‘commissioning no-brainer’
• Finding a more interesting way of telling a story and applying an interesting treatment to to our
proposal
• Pitching and dealing with commissioners
• Documentary writing, script building, writing and re-writing
• The importance of the opening and what role it plays
• The structure and narrative reveal
• The role of the treatment
• Homework write your treatment
SESSION FOUR (3 hours)
• Pitch your treatment
• Planning, research, online engagement
• Thinking about required locations to visualise the story
• The HEC test
• Breaking the treatment into shooting schedule
• New equipment and ways of working to achieve what is needed (iPhone filming, sliders, gimbals,
action cameras, fixed rigs etc)
• Crewing for a documentary shoot
• Breaking the shooting schedule into a budget
• Genres and crossovers
• Engaging interviewees, interview techniques and getting the to the real truth
• Making interviews ‘of the moment’
• Chapters, mood breaks and the different shots and sequences needed for long form
• Paperwork, VISAs, carnet and legal stiff
• Post production work flow, back up and archiving
• Re-versioning, cross platform promotion, ‘added value’ content, audience engagement and
considerations of this before the shoot
• Follow up story telling
• What next
Trainer:
Dean Arnett is an ex-BBC, internationally award winning, self-shoot documentary producer and media trainer.

He has worked all over the world, most notably for the BBC and Discovery.

He is also an award winning media trainer, designing and delivering film and editing courses for video-journalists and self-shoot producers.

In 2014 he was awarded the coverted, ‘Rising Star award’ at the 2014 Canadian International Film Festival for his BBC documentary ‘Burying the Past. He continues to shoot documentaries and deliver training for broadcast and commercial organisations all over the world, including: the BBC, Canon Europe, Press Association, The Frontline Club and many others.