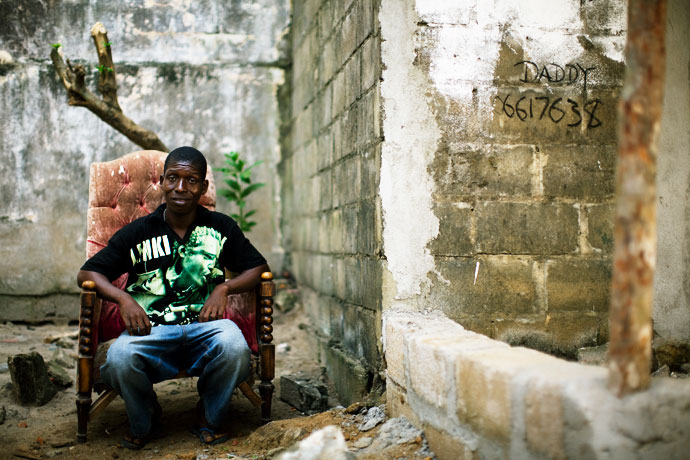 Behind a decaying theater that was once Monrovia’s finest, Matthew Karr sat in the middle of a working day and told me, "nobody rehabilitated me." He was referring to the leagues of ex-combatants, fighters often forcefully put on the front lines during Liberia’s civil wars, who have received training in cosmetology, haberdashery, and other such skills very useful for rebuilding post-war Liberia.  Matthew didn’t participate. Instead, he hangs out in Sinkor looking for jobs here and there. The unemployment rate in Liberia is somewhere between 70 and 85 percent and so Matthew has plenty of company.

As long as he has enough to eat and a little bit of money to call his Daddy, he doesn’t seem to mind sitting around in his red velvet chair too much.  One day, though, he says he’ll stand up. Here’s hoping rebuilding Liberia will one day be something worth standing for.