In collaboration with the Syrian Association for Missing and Conscience Detainees and the National Coalition of Syrian Revolution and Opposition Forces we are hosting The Caesar Exhibition at the Frontline Club for one day only.

3:00 PM – 4.45 PM
Stephen Rapp, Ambassador-at-Large for War Crimes, will give a speech and is available for questions.

Ambassador Stephen Rapp was appointed Ambassador-at-Large for War Crimes by President Barack Obama, and confirmed by the US Senate on September 8, 2009, where he led the State Department’s Office of Global Criminal Justice. In that position he advised the Secretary of State and the Under Secretary for Civilian Security, Democracy, and Human Rights and worked to formulate US Policy on prevention and accountability for mass atrocities.

He is the most prominent Obama administration official who has spoken out against “atrocities” by the Syrian regime. Currently the Ambassador is spearheading efforts to begin prosecutions against the Assad regime across Europe. He works closely with the Caesar team as the main advocate on legal issues and accountability.

The thousands of Syrian refugees embarking on a perilous journey to find a new life away from the barrel bombs of Bashar al-Assad, his torture centres as depicted in the Caesar photographs and the threat of the self-styled Islamic State has refocused attention on the war in Syria. With renewed calls for action we will be bringing together a panel to discuss the realities Syrians are fleeing from and how to ensure that they get the accountability and justice they deserve.

Chaired by Ian Black,the Guardian‘s Middle East editor. In more than 25 years on the paper he has also been its European editor, diplomatic editor, foreign leader writer and Middle East correspondent.

Mouaz Moustafa was born and raised in Damascus before moving to US at the age of 12. He is the current executive director for the Syrian Emergency Task Force, a non-profit organisation based in Washington DC that advocates for a political solution to the Syrian conflict and alleviating the humanitarian suffering of Syrian refugees. Previously, he worked as a staffer for US Congressman Vic Snyder and Senator Blanche Lincoln, and worked briefly with the Egyptian opposition. Moustafa is also a member of the Syrian Association for Missing and Conscience, and will represent the ‘Caesar’ team at the exhibition.

Usahma Felix Darrah is a German-Syrian activist based in Berlin. He is an expert in politics, Islamic studies, international law and a doctor in modern Syria. He worked as a lecturer in Middle East politics at the Arab-European University in Damascus and as strategic project officer in the city of Heidelberg. In Berlin, he is board member of the Association of German-Syrian Humanitarian Organisations and collaborates with the Representative of the Syrian National Coalition to Germany.

Kristyan Benedict is the campaign manager for Amnesty International UK. In this role, he manages Amnesty International’s crisis and tactical campaigning in the UK. Benedict’s responsibilities cover several conflicts, with the priority effort on the Syria crisis. This specifically includes a focus on transition, accountability and humanitarian access needs in the conflict.

The Caesar Exhibition displays photographs of detainees from the Syrian regime’s prisons and detention centres. The photographs were taken by a former military policeman of the Syrian army – known by the pseudonym “Caesar” – who fled Syria in 2013. Caesar smuggled out with him over 55,000 photos of approximately 11,000 Syrians tortured by the Assad regime. The 11,000 victims he photographed represent only a fraction of the systematic torture and killing that took place inside the Syrian regime’s prisons. After thorough analysis by a first-rate legal and forensic team in early 2014, the “Caesar” photographs were shared with and processed by the United Nations Independent International Commission of Inquiry (COI), which cited them as clear evidence of systematic human rights violations by the Assad regime. Most recently, the FBI verified the photographs as credible evidence for future legal procedures.

The exhibition of photographs has been shown at the UN in New York, US Congress and the Holocaust Memorial Museum in Washington DC, and the European Parliament in Brussels.

WARNING The images displayed in this exhibition are disturbing. 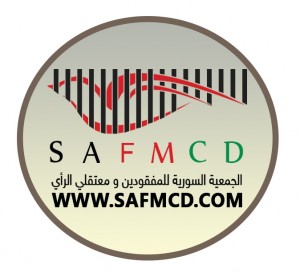