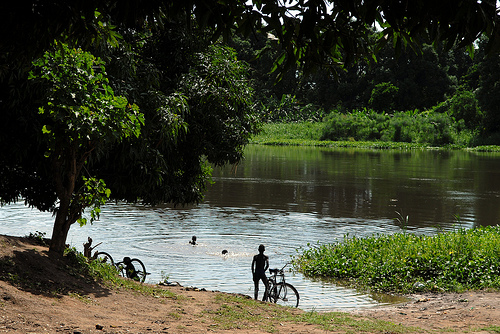 Juba, the capital of the semi-autonomous region of South Sudan, is currently extremely tense, awaiting the reaction of national president Omar al-Bashir to tomorrow’s International Criminal Court decision on whether to issue an arrest warrant against him. Should the ICC go ahead with the indictment – for ten counts of war crimes, crimes against humanity and genocide allegedly committed in Darfur – not only will it be the first such indictment against a sitting head of state but could also imperil the faltering north south peace deal, the so-called Comprehensive Peace Agreement.

The CPA supposedly ended decades of civil war with a negotiated power sharing agreement that calls for democratic elections before July and allows the South a vote for independence in 2011.  Thus a potential ICC arrest warrant against al Bashir poses a serious dilemma for the government of the nascent state: it could entirely unravel the CPA and thus undermine the agreement for a vote on self-determination but it could also lead to a pre-emptive unilateral declaration of independence should the beleaguered national president opt to declare a state of emergency.

In the meantime everyone is waiting to see what happens next: not really a novel experience here in a region where everyone is waiting for the opportunity to become the world’s newest independent nation state. Most people seem to regard a yes vote on independence as a foregone conclusion and there is a growing feeling that there is no need to wait another two years. The CPA stipulated that there should be a six year “interim period” during which time both sides should work to make unity attractive but in reality there is currently no sign of any benefits to unity and both northern and southern armies appear to be squaring up for another fight and digging in along the disputed north-south border.

Thus the next few days could well be the turning point in the history of a nation that has remained at war with itself for over four decades. We are just going to have to wait and see what happens next.