Arete Workshop: NGO and Humanitarian Storytelling through Video and Multimedia

This one-day workshop will teach you how to tell powerful stories through video and multimedia. You will learn to create an effective video strategy and how to work with professional video producers and teams. We will go over common pitfalls, learn the relevant theory and lingo, and cover practical topics including how to write a creative brief, how to coordinate bigger productions, and how to use web platforms and social media effectively.

What you will cover: 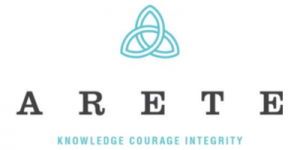 Note – because of limited time this is very much a theoretical introduction to video making.

About the trainer – Lauren Groenewald

Arete Stories is the expert humanitarian storytelling agency for non-profits and NGOs, working with award-winning journalists and content specialists to help tell stories that make a difference.

Lauren Groenewald started her career in broadcast journalism in 1991 as a radio producer for Channel Africa. She moved from news journalism into documentary film, which is now the primary focus of her work. Her Cape Town based company Plexus Films has produced content for SABC, Al Jazeera, PBS International and TV2 in Norway. She has produced broadcast as well as short films for NGO’s such as Equal Education and various civil rights organisations. Her work often comments on humanitarian issues – the 2008 Xenophobia in South Africa resulted in the short film CONGO MY FOOT which was part of the the Filmmakers Against Racism collective. She has filmed and worked all over the African continent from Mauritania, Ethiopia to Rwanda, Senegal,Tanzania and Zimbabwe. Lauren has been Chair of the Documentary Filmmakers Association in South Africa. She is also a mentor and tutor at the Big Fish School of Digital Filmmaking and has acted as Producer for the Close Encounters Laboratory associated with the Encounters South African International Documentary Festival.

This workshop is part of a series being run in partnership with Arete Stories. To find out more about their other workshops, click here.