Another brick in the wall? Paidcontent conundrum poses more questions than answers… 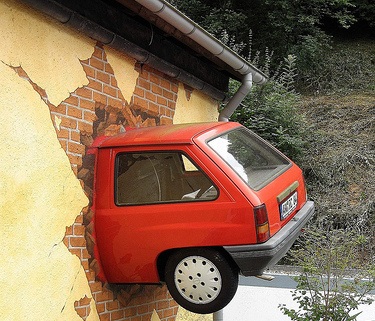 To charge or not to charge for online news? That’s becoming the defining question for an entire generation of editors, journalists and concerned readers at the start of the 21st century. While media owners plead there is a commercial value to their content – “news isn’t free to produce,” they say – online readers weaned on a diet of free for the last 15 years aren’t so sure.

This will be the topic of a networking event and debate I’m helping to run at the Frontline Club next Thursday, January 28th, (tickets are still available). The panelists on the night are: The Guardian’s Kevin Anderson; RBI’s editorial development director Karl Schneider; Wired columnist Peter Kirwan and Reuters Consumer Media’s head of mobile Ilicco Elia. Come along to take part in the debate and enjoy some free drinks

The yes-to-charging crowd is growing: The New York Times – having abandoned its much-criticised Times Select online paid-for strategy – is now returning to the paidcontent fold and is imitating the Financial Times’ “metered” model, which charges readers based on how often they read NYT.com, just as FT.com allows non-subscribers some page views for nothing.

B2B publishers are simply getting on with charging and have been for years: Emap has just started charging readers of all of its B2B sites, while RBI, Incisive and UBM are all considering where they can extract more value from their audience.

However, the no-to-charging camp has some strong voices too: Guardian News & Media editor-in-chief Alan Rusbridger says it’s plain “crazy” for all media to jump behind a paywall and hope that will solve the revenue crisis they’re in. (Guardian Media Group CEO Carolyn McCall once said it was “crazy that we do so much to put content out there but we don’t get money for it,” but there you go…)

But what do readers think? PaidContent:UK’s survey last year (disclosure: I used to work for PCUK) found that only five percent of readers would be happy to part with cash for content content, the rest said they’d free pastures elsewhere.

But as our panelist Kevin Anderson eloquently puts it on his blog, this situation poses more challenges than simply whether people will pay for news – the motivation for content creation is shifting:

“The internet is different because media companies don’t have monopoly control over the means of distribution. News International and Gannett don’t own the presses that power the internet. BSkyB doesn’t own the satellites… The cost of media production has also dramatically decreased allowing people to create media with motivations that are not economic, which seems insane and alien to people who make a living creating media.”

Photo credit: wupperhippo on Flickr, via a Creative Commons licence.