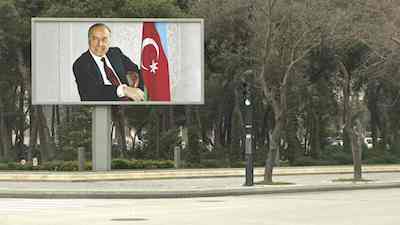 Azerbaijan is like a dynamic eagle that naturally links the cultures of the West and the East – that is how the state and local representatives attempt to portray the country internationally. Skyscrapers are growing in a country rich in oil, Azerbaijan has joined the UN Security Council and President Ilham Aliyev presses the flesh with some of the world’s most important statesmen.

Amazing Azerbaijan! is a tale of two countries: one a shiny democratic republic the government proudly puts on display for visiting journalists and dignitaries. The other country is a repressive and corrupt state with no respect for freedom of expression, in which peaceful protesters are violently beaten and journalists are threatened or even killed.

The excitement around Eurovision 2012 hosted in Baku, offers an unorthodox lens through which director Liz Mermin investigates basic issues of human rights and the position of journalists in this dynastic republic ruled by the Aliyev family since 1993.