Throughout May we are holding a season of films that look at issues in different ways and which are often controversial or rejected by the mainstream media. We are hoping to create debate and analysis into whether films of this nature should be embraced to a greater extent, or not. The films themselves have been successful whether it be commercially, through festival runs or by huge audiences across the world.

We invite you to come along and see for yourself and we look forward to hearing your throughts.

The season begins with The Vice Guide to Liberia on the 13th May which will be followed by a Q&A with Vice editor Andy Capper.  The other two films currently in the season are below, and for a more in-depth description of the films please visit our main listings page here: 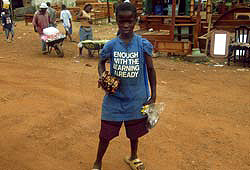 The Vice Guide to Liberia – May 13th, 7pm – book
Followed by a Q&A with Vice editor Andy Capper 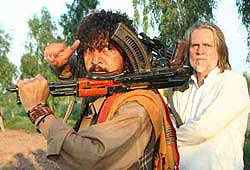 The Miscreants of Taliwood – May 28th, 7pm – book
Followed by a Q&A with Director George Gittoes chaired by Susan Brand, Film Editor

There will be one final addition to the season and this will be announced next week.