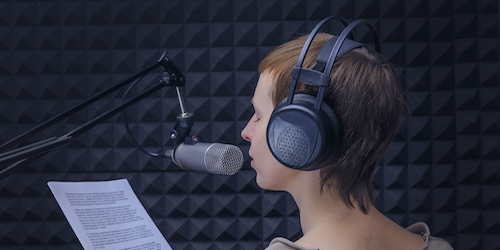 Radio and other audio platforms offer a large and varied market for aspiring dramatists – from character drama to thrillers, comedy, sci-fi and historical stories. And in the age of the box-set, when TV drama is all about long-running series, audio is now the home of the single drama. This creates a huge opportunity for new drama writers to pursue unusual and ambitious projects with a realistic hope that they will be produced.

Are you interested in learning how to write audio drama for the BBC and elsewhere? This one-day workshop focuses on the special demands of writing drama for the ear. It aims to equip participants with the skills necessary both to write their own new projects and to pursue the possibility of working on existing radio drama series. The workshop will demonstrate how to use sound to grab the audience’s attention from the very beginning of a story. You will learn devices that help to differentiate between characters, and to establish their relationship to each other – hugely important in audio drama where the audience only have voices and effects to go on. And you will explore ways to create an atmosphere of suspense, where the test of each scene is – does the audience care what happens next? The workshop will also tell you how to structure and present your radio drama scripts, and how to go about pitching stories to commissioners and producers, both at the BBC and in newer markets such as Audible.

The workshop is led by Hugh Costello, who has written more than two dozen dramas for BBC Radio, and has twice been a judge in the drama category of the Audio Production Awards. Hugh is also a screenwriter whose HBO film Bernard and Doris was nominated for ten Emmy awards, including best screenplay. He also writes journalism and produces factual radio programmes.