Workshop: How to Tweet – Mastering Social Media with Jon Bernstein

In the fast-paced evolution of digital journalism, it is essential to get to grips with the social media landscape around you. Pioneering website editor Jon Bernstein will lead a day-long workshop to teach you how to get the most out of your online tools.

From understanding the basics of social media and their applications in journalism, to the fine art of online editing, this workshop is ideal for established and emerging journalists alike. It will also appeal to anyone in a communications role who truly wants to understand the power of social media.

The workshop will cover the following: 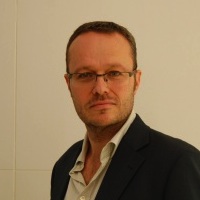 About the trainer
Jon Bernstein is an award-winning journalist, editor and digital strategist. He was deputy editor, then digital director, at the New Statesman; multimedia editor at Channel 4 News; ran the Channel 4 FactCheck website during the 2005 general election; editor-in-chief of Directgov, working in the Cabinet Office’s eGovernment Unit; and editor-in-chief of dot com start up and technology website silicon.com. In 2011, he was named Website Editor of the Year by the British Society of Magazine Editors for Newstatesman.com.