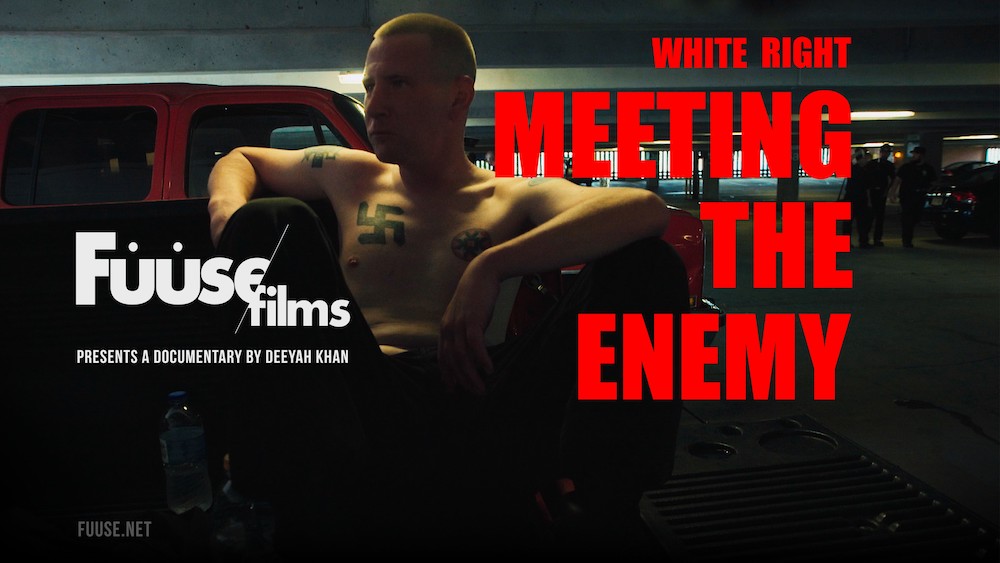 Join us for a screening of critically acclaimed White Right: Meeting The Enemy followed by a Q&A with film maker Deeyah Khan and investigative journalist Catrin Nye.

When Deeyah Khan was six, her father took her to her first anti-racism rally.  A Pakistani immigrant to Norway, he promised her that things would get better and that the skinhead gangs that terrorised their family and families like them would soon find themselves relics of past prejudices, that bigotry belonged in history, that tomorrow would be a more tolerant time.

Three decades on, and we’re still waiting for tomorrow.

Following the lauded JIHAD – in which she spoke to radicalised British Muslims who had fought in the name of jihad on the battlefields of Afghanistan, Iraq, Bosnia and Chechnya and now found themselves full of regret – Deeyah joins the frontline of the race wars in America. She sits face-to-face with fascists, racists and the proponents of the “alt-right” ideologies that have propelled Donald Trump to the presidency. From Breitbart’s darling, Richard Spencer to Jeff Schoep, leader of American’s largest neo-Nazi organisation, Deeyah’s need to find the deeper human causes of horrific social forces opens a different possibility for connection and solutions. Rather than dismiss these men as monsters, she’s determined to discover the men behind the masks.

Urgent and resonant, White Right is Deeyah Khan’s most personal film yet. Nominated for 2018 BAFTA Award in the Current Affairs category. 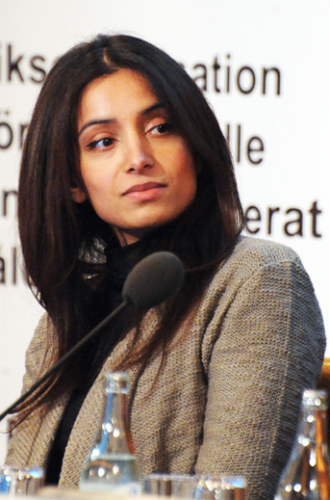 Deeyah Khan is an Emmy and Peabody award-winning and two times BAFTA nominated documentary film director, and founder of Fuuse, a media and arts company that puts women, people from minorities, and third-culture kids at the heart of telling their own stories. In 2016, she became the first UNESCO Goodwill Ambassador for artistic freedom and creativity. Born in Norway to immigrant parents of Pashtun and Punjabi ancestry, Deeyah’s experience of living between different cultures, both the beauty and the challenges, shapes her artistic vision. Her 2012 multi-award winning documentary Banaz: A Love Story chronicles the life and death of Banaz Mahmod, a young British Kurdish woman murdered by her family in a so-called honour killing. Deeyah’s second film, the Grierson and Bafta award-nominated Jihad, involved two years of interviews and filming with Islamic extremists, convicted terrorists and former jihadis. Deeyah released her third film in 2016, Islam’s Non-Believers which investigated the lives of ex-Muslims who face extreme discrimination, ostracism, psychological abuse and violence as a result of leaving Islam. One of Fuuse’s recent initiatives, born of Deeyah’s own experiences, is sister-hood, a digital magazine and a series of live events spotlighting the voices of women of Muslim heritage. 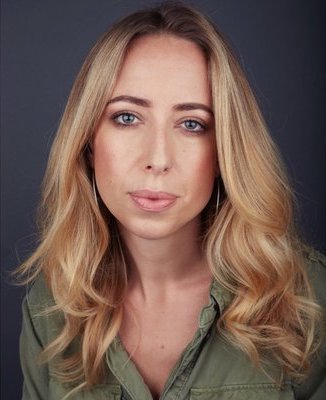 Catrin Nye is an investigative journalist, documentary maker and presenter for the BBC. She currently hosts the monthly national debate show The Hour on BBC One Wales as well as reporting for the BBC’s BAFTA award-winning Victoria Derbyshire programme, BBC Panorama, BBC World and Radio 4. Catrin previously spent many years reporting for Newsnight and BBC Asian Network developing a specialism in Britain’s minority communities, an area she continues to work on today. She has also written and reported for the Guardian, Prospect, BBC Radio 1, BBC World Service, 1Xtra, 5Live, BBC Breakfast and local radio across the UK. Catrin has won the Mind Journalist of the Year award, two Sandford Saint Martin awards for excellence in religious broadcasting and was one of the Radio Academy’s 30 Under 30. She has also been shortlisted for RTS Young Journalist of the Year and an Amnesty Award among others.