Water Wars: Is a Drying World Stoking the Migration Crisis?

Chairing the debate, the Guardian’s environment editor John Vidal began by saying: “The Middle East and North Africa is highly politicised. There’s endless debates we could have about Israel, Iran, Iraq, Syria and so forth, but the question is, is there water at the root of these problems? The answer is probably no, but lets find out.” 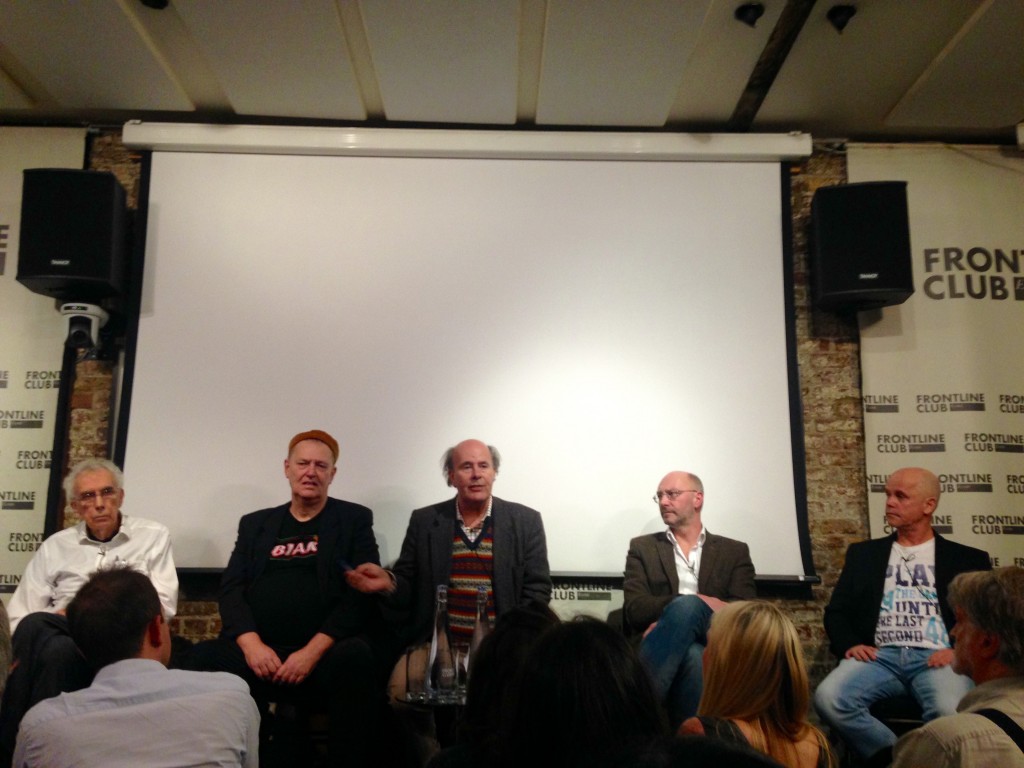 James Fergusson, an author and freelance journalist, drew on his experience working in the Middle East and Africa.

He said: “It was in Somalia that I started thinking water really was at the root… The turning point in the war against al-Shabaab, the al-Qaida franchise in Somalia, was about water.

“What was actually going on in Helmand in Southern Afghanistan was a water war… Water is at the root of all of this.”

Professor Tony Allan, an author and academic who advises governments and agencies in the region on water policy reform, contested this idea. “People think that if you run out of water you go to war, but in fact all you do is import some more food.”

He acknowledged that a water shortage is more likely to lead to instability in countries suffering from extreme poverty, but said “it’s food [security] that is the issue.”

Roger Blench, an anthropologist and international development specialist, broadly agreed with Allan: “There is no connection between land degradation, water shortages, rural poverty and revolutionary movements,” he said.

Explorer and filmmaker Mikael Strandberg said that from his experience in Africa, “a lot of people are migrating North to Saudi Arabia not only due to water – that’s a small part – but because they have no other opportunities.”

Fergusson contested the ideas put forward by the three other panellists, saying: “I would certainly contend that water shortage is a prime driver of a lot of conflict which leads on to war. So I would say that Syria, what’s going on now, that began with a conflict about water.”

Blench, however, argued that water conflicts were not the deep-rooted causes for war.

Allan said he agreed with Fergusson about the impact of water at a local level: “I happily agree at a lower level of social organisation and state: farmers kill each other, villages fight each other, conflict is there all the way through. But states don’t go to war over water; it would be really serious if they did.”

Strandberg said that in his experience of speaking to migrants in Yemen, “very rarely do they bring up the issue of water… They have no future – that’s why they leave – so I’ve never heard of the issue of water as being as big as this.”

Blench said that demographic growth was the central problem, and criticised failures to deal with demographic growth through policy. He said: “If we were to have science-based policy then probably priority would be trying to halt land degradation and slow down urban water mismanagement.”

On the matter of policy failure, Blench and Fergusson agreed. Fergusson said he thought policy focus should be: “Much more on soft power solutions like science and technology and… I think that water would be a good place to start.”