Tribal elders in Kandahar like to explain how they’re waiting to see what will happen before committing themselves to any particular ‘side’.  Well, we’ve all been waiting to hear from President Obama on his grand plan for Afghanistan and Pakistan – or the latest neologism, ‘Af-Pax’.  Two days ago, finally, we heard.

In the words of a colleague, it’s "more of the same thing – much much more."  There was very little of the so-called radical change that myself and other commentators had been hoping for.  Of course there must be things that came out of the ‘grand strategic review’ that weren’t said (and that won’t be said), but I’m guessing that they weren’t mentioned because people might not be so receptive…

Speaking of problems, I read these two reports (here and here) this morning about problems with the Awakening Councils in Iraq.  Remember this is the strategy that they want to start implementing in Afghanistan (and have started doing so in Wardak province under the watchful eyes of the Ministry of the Interior…). 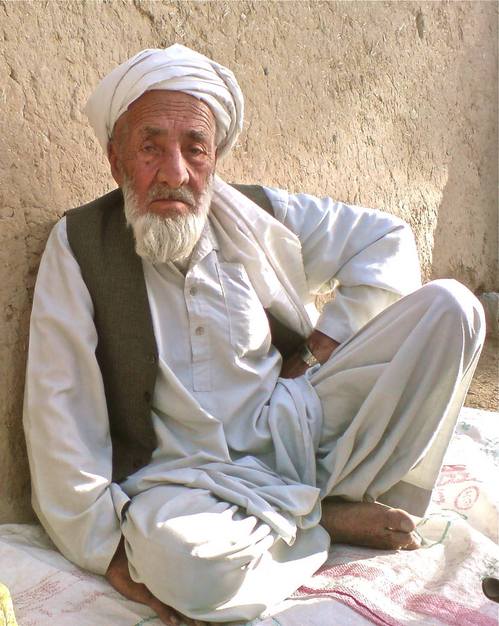 On an unrelated note, I went to see someone from Kandahar’s Ulemaa Shura (or ‘Council of Religious Clergy’).  Hajji Mahmoud (picture above) is a member of the shura and helps write articles for their monthly magazine, Islami Diwa.  It all sounds a little dull, I know, but he was a lovely guy, and pretty world-wise, too.  He had served as an MP in the parliament in Kabul during the 1970s (when King Zahir Shah ruled the country) and remembers the various manoeuvres that Afghanistan conducted during the Second World War in order to stay neutral and independent of the fighting going on all round.

We sat on a mat in the grass outside his house, drinking green tea while he reminisced.  It wasn’t all pleasant memories, though.  By his count 24 members of the 150-strong Ulemaa Shura have been assassinated in Kandahar since 2001.  Four of those were from 2009 alone.  These include the recent murder of Mawlawi Mohammad Rasoul (killed outside the Qadiri Mosque in Kandahar City), Qari Ahmadullah (killed in his home on March 1st 2009), Mawlawi Abdul Qayyum (shot dead outside the Red Mosque in Kandahar City), and – most famously – Mawlawi Fayyaz, the first president of the ulemaa council and son of Mawlawi Darab Akhundzada.

They are targeted because they offer a legitimate opposition to the radical mobilisations and motivations offered by ‘the Taliban’ to young madrassa students and jobless villagers.  This is not to suggest that the ‘insurgency’ is primarily motivated by ideology — there are a variety of influences but ideology or religious motivation is not at the top of the list.

Ulemaa council members are actively and deliberately provocative in this respect.  They write articles, make pronouncements and issue statements arguing against suicide bombing, for example, saying that it is an illegitimate form of jihad and so on.  The articles published in their magazine are calculated to be provocative in this way.

When I get up in the morning I always cast my eye over the latest commentary on Afghanistan.  My latest favourite is one entitled, "The Winnable War" by David Brooks, full of little gems:

"the Afghan people want what we want"

Now I don’t know who he spoke to or where he visited, but this article felt like it was written about a different country.  Or maybe Disneyland?

Speaking of strange things, I ordered some food from a local restaurant for lunch and found a little reminder of England in the packaging:

And even stranger, my colleague went out to Sperwan (in Panjwayi district) to see what was going on there and he found an Afghan wearing a "Royal Mail" jacket.  An actual jacket that your local postman in England wears.  And how did it end up in Panjwayi? 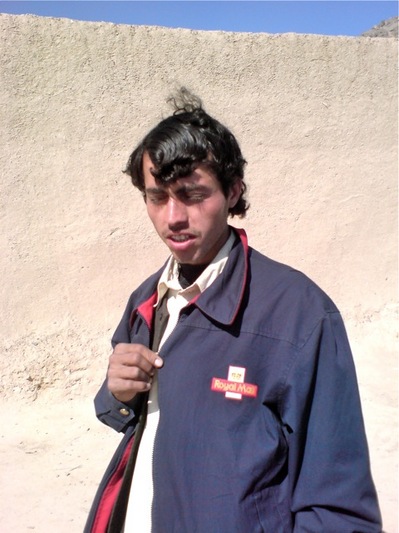