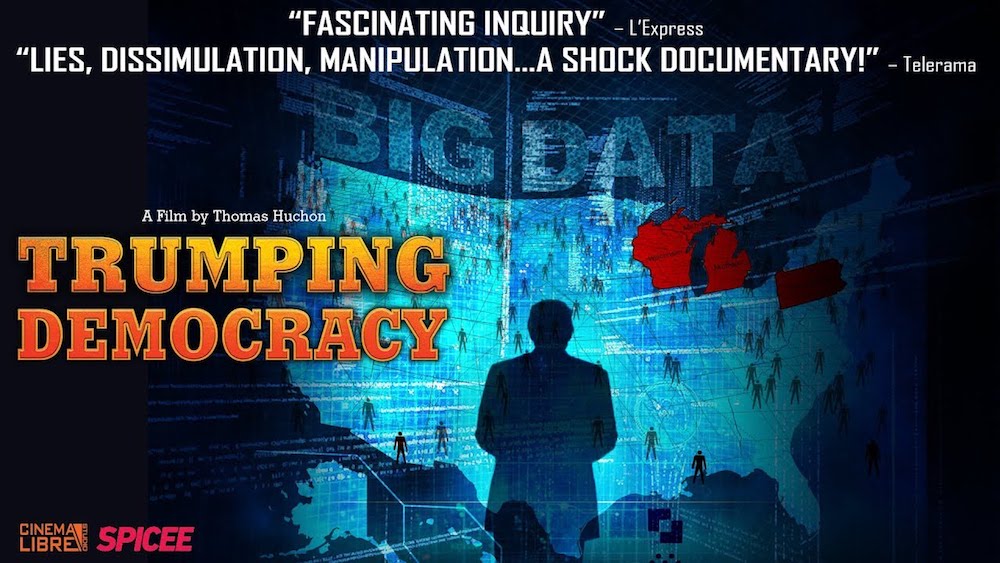 A Byline Event – join us for a screening of a unique film which explores the role of Cambridge Analytica in the Brexit vote and election of Donald Trump, followed by an update on recent developments with the pioneering Observer journalist Carole Cadwalladr, since her story broke two months ago.  We are also joined by director Thomas Huchon and CEO of Byline Peter Jukes.

Donald Trump became the 45th President of the United States by winning three key states, a victory engineered by an ultra-conservative faction that quietly mapped its way to power using fake news, lies and psychometrics.

This explosive documentary follows the money to the reclusive multi-billionaire Robert Mercer, who bought Breitbart News and funded the effort while inserting Steve Bannon into the presidential campaign as its manager. Using data of millions of Americans acquired from Facebook, Google, banks, credit companies, social security and more, Cambridge Analytica, another Mercer-owned company, used tactics honed during the UK’s Brexit campaign to identify voters deemed “most neurotic or worried,” whom they believed could swing for Trump. In the days before the election, using “dark posts,” a little-known Facebook feature, they deployed highly manipulative and personalized messages that could be seen only by the user before disappearing.

In the darkness of the web, democracy was trumped by data.

As this is a third party event, tickets available through EventBrite