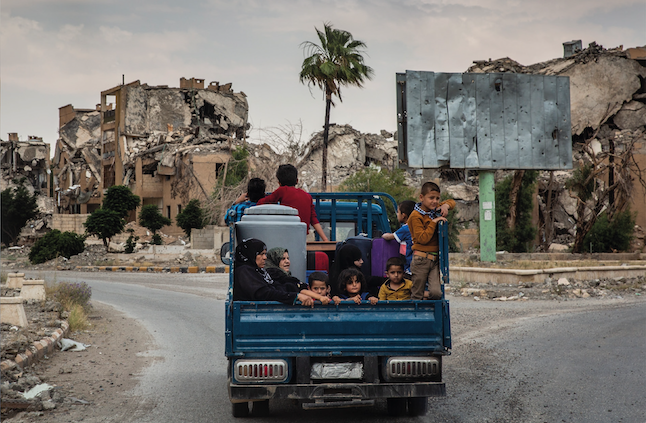 Travels Through A Middle East in Revolt: An Evening with Emma Sky and Lyse Doucet

According to Emma Sky, the Middle East is in a ‘Time Of Monsters’. Where have these monsters come from? Join us for an evening with two regional experts with diverse experiences to dig deeper into the origins, complexities and fallout of these forces at large in the Arab World – and their relationship with Europe and beyond.

‘Hers was a fascinating world of senior military and diplomatic figures, many of them of the highest quality… She knew all the leading Iraqi politicians, many of whom regarded her as a personal friend. She saw much of Iraq and had some hair-raising experiences. And she always kept her sense of opposition to what was being done to the
country. Many people likened her to Gertrude Bell, the British political adviser who helped to create Iraq, and in some ways they were right.’
John Simpson, New Statesman

In her return to the Frontline Club, Sky will be building on over 20 years advising and enacting policy from Iraq and Jerusalem to Afghanistan with her most recent experiences travelling through a region in revolt.

Lyse Doucet is an award winning Chief International Correspondent and Senior Presenter for BBC World News television and BBC World Service Radio. She is regularly deployed to anchor special news coverage from the field and interview world leaders. Lyse also reports across the BBC including for BBC Newsnight. She played a key role in the BBC’s coverage of the “Arab Spring” across the Middle East and North Africa and has covered all the major stories in the region for the past 20 years.

Emma Sky is a Senior Fellow at Yale University’s Jackson Institute. She worked in the Middle East for twenty years and was made an Officer of the Order of the British Empire for services in Iraq. She lives in New Haven, Connecticut. Emma is the author of the critically acclaimed The Unraveling: High Hopes and Missed Opportunities in Iraq.