“To get justice you need truth” – No Fire Zone: The Killing Fields of Sri Lanka + Director Q&A

All the footage used in the film has been authenticated as genuine by forensic pathologists. However, as Macrae told the audience, the Sri Lankan government continues to maintain that the videos in the film, which have mostly been taken using camera phones or satellite phones, are fabrications, as are the estimated death count and disappearances.

The Sri Lankan government has strongly opposed the release of this film, using their influence to pressure other countries into preventing screenings. A recent Malaysian screening was raided and one of the organisers was arrested for censorship charges, facing a possible three year prison sentence. Macrae is also having problems obtaining an Indian visa to attend screenings of the film, an application process which he started in February.

One audience member asked why the videos and photos of the atrocities presented in the film did not make it into our news media or social media the same way images from the Arab Spring did? Macrae responded that the Western media needs to ask themselves that question, as the images did make their way onto the Internet, as events were occurring, and British Tamils were staging large campaigns and protests to draw attention to the atrocities.

The Sri Lankan government dismissed the videos as propaganda. They were able to gain international support from allies, as much of the world already viewed the Tamil Tigers as terrorists, and were able to hide behind a ‘shameless’ adoption of the West’s rhetoric of the “war on terror”, creating a ‘conspiracy of silence’, Macrae said.  This view was challenged, towards the end of the session, by a Sinhalese audience member who accused the film and Channel 4 of bias against the government, which was vehemently rejected by Macrae.

Much of the Q&A focused on the lack of action by the international community. The Commonwealth Heads of Government Meeting (CHOGM) is due to be held in Colombo towards the end of November, despite criticism from international human rights organisations. Currently the only government who has expressed their opposition to this decision is Canada, who will boycott the conference. 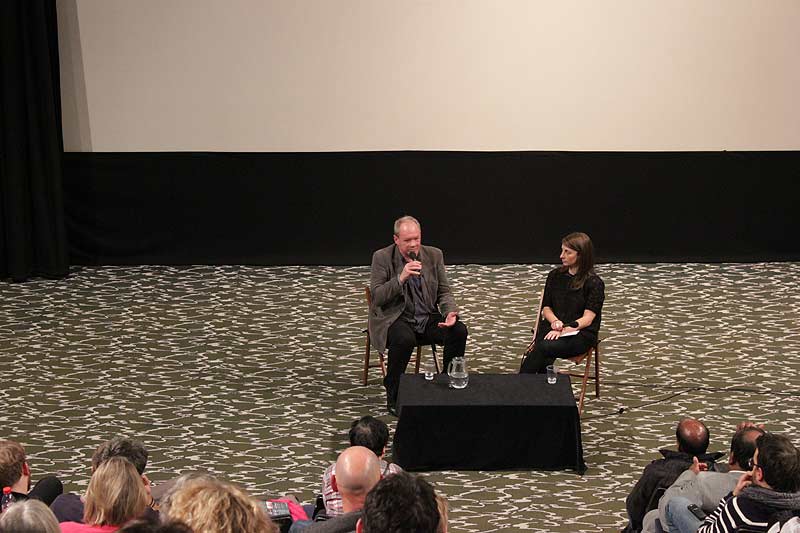 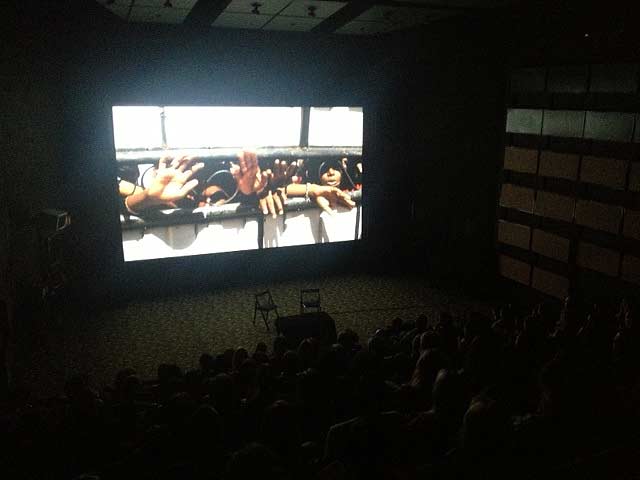 The film depicts the UN leaving Sri Lanka, and presents testimonies from former UN staffers on their distress over this decision, and the abandonment of their role as protectors. Macrae was also critical of the UN, noting that the Human Rights Council passed a resolution congratulating Sri Lanka on ending the civil war. He stated that the UN made no real effort to intervene while in Sri Lanka, and strongly believes that they consciously concealed information about the number of deaths by preventing information being revealed during the time. Furthermore, Macrae added:

“I believe [that by staying there] it wasn’t just that it was complicit in what was going on, it provided an active cover for what was going on, because . . . people were assuming the UN was providing some kind of monitoring process. I think, in a sense [the UN] facilitated the ongoing massacres by saying nothing.”

He did, however, acknowledge that some progress has been made since, in part due to his film, and is hopeful that the UN’s criticism of Sri Lanka’s actions will grow stronger. He noted that the film has been shown to UN delegations also, with positive responses.

Many audience members wanted to know what they could do as individuals, and what the international community is doing or should be doing to hold Sri Lanka to account. Macrae stated that the intention of the film was to increase awareness of the war crimes committed by the Sri Lankan government and hopes that it will be used as a form of evidence for justice in the future. He continued:

He asked that everyone put pressure on the UK government, by contacting their MPs and the Prime Minister, to remain true to their promises to raise these issues with Sri Lanka during CHOGM.  He pointed out that David Cameron maintains that it is a better decision to participate in the conference to bring attention to the issues, but that the government has made no sign of opposing Sri Lanka’s actions.

Macrae remains hopeful, however, that India, an influential country in the region with a large Tamil population, will decide to boycott CHOGM. He told the audience that he has received threats over his decision to travel to  Sri Lanka during CHOGM, due to the opposition to this film.

A shortened version of No Fire Zone can be viewed on Channel 4 4od and there are a number of international events lined up.