To Embed or not to Embed? “Mutual Mistrust” Between NGOs and Journalists

The event was organised in partnership with the European Interagency Security Forum and chaired by the co-founder and CEO of IRIN, Ben Parker. Speakers included: Polly Markandya, head of communications at Médecins Sans Frontières (MSF); Lisa Reilly, executive coordinator of the European Interagency Security Forum (EISF); Michelle Betz, who works on media development with the UN and other aid agencies; and Siobhan Sinnerton, commissioning editor for news and current affairs at Channel 4.

The discussion began by covering the common ground between NGO workers and journalists. Betz, a former journalist herself, outlined the competitive economic picture. “The aid business really is big business, just as journalism is a business” she said. To a certain extent, NGOs and media outlets often share the same risks and liability issues when working in conflict and hostile environments. Betz experienced this first-hand when she was sentenced to five years hard labour by the Egyptian government for work that she did for an NGO. “It is not just journalists, such as those from Al Jazeera, that governments go after, but NGO workers as well,” she said.

Behind the simplified NGO-journalist dynamic remains a multi-faceted backdrop. Reilly reflected on her experience working at the European Interagency Security Forum (EISF). “Within NGOs we don’t have a consistent view, we often see gaps between the communications department and the rest of operations and programs in the first place,” she said. Nevertheless, when logistics are well planned, NGOs and journalists can work harmoniously with mutually beneficial results.

Sinnerton illustrated this point with a film made for Channel 4’s Unreported World on handicapped Syrian refugees in Lebanon, entitled The Invisible People. Sinnerton explained how Handicap International, the NGO involved in the film, saw a significant rise in donations after it aired. Sinnerton strongly advised that “transparency is the key for things not becoming massively unstuck in the field.” Apart from honesty, which all the panellists agreed was essential between NGOs and journalists, Markandya pointed out that it ultimately comes down to trust. “We have done a number of documentary projects recently and we have had to give up the illusion of control and trust the journalist to do a fair job,” she said.

What happens when the journalists themselves are unable to cover important stories?  This was the case with the recent high-risk Ebola epidemic in parts of West Africa. In order that the story reached the general public, Markandya explained how MSF partnered with a production company in order to design customised camera equipment that could be attached to doctors’ protective goggles and could withstand chemical de-contamination. The result was a pressing and highly emotive documentary broadcast by BBC Panorama. 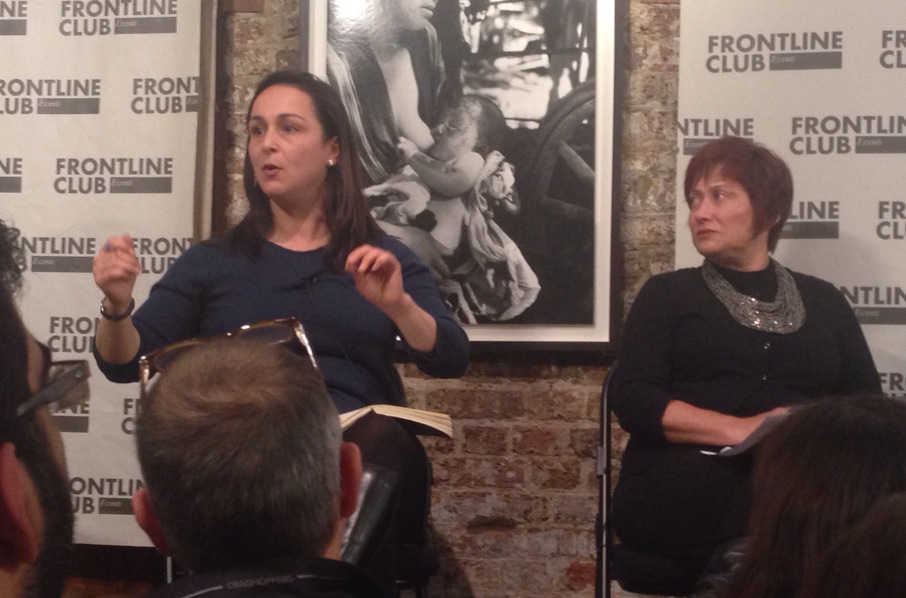 While journalists go in and out of the field, NGOs often remain there in the longterm. Reilly emphasised how heavily their work relies on the acceptance of local communities, and how that fragile reality can be undone by careless reporters. Injecting the journalistic perspective, Sinnerton spoke in turn of the promises made by aid organisations that often contrasted with hostile receptions towards journalists on the ground. This steered the discussion back towards Markandya’s key argument that NGOs and journalists must work on “managing expectations”.

The dichotomy of protecting the subject versus exposing the story remains a sensitive one, and a number of audience members agreed that these two sides were often in opposition. Audience comments revolved around questions of favouritism between NGOs and certain news outlets, the difficulty of exercising complete transparency in practice, and the need for NGOs to relinquish control over media content. While aid workers and journalists may settle for what Betz called “a mutual mistrust,” the panel agreed that the understanding between the two has advanced. For all the new NGOs that are emerging globally and their young journalistic counterparts, this symbiotic relationship will no doubt continue.