This is Mike India in North Kivu 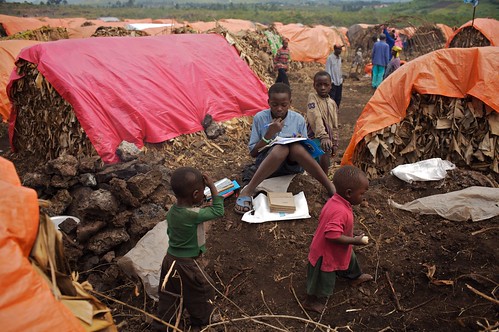 Goma flyktninger 18, originally uploaded by cyclopsr.
Michel Sibilondire runs a radio station in North Kivu in the Democratic Republic of Congo. After a decade of war the UN hired him to run the radio show which is broadcast in four languages. The show has run for four years and, in between the Rwandan and Congolese pop, aims to encourage members of the FDLR to return to Rwanda,

Each morning, the 36-year-old powers up a small United Nations radio transmitter and starts broadcasting from his mountain shack in North Kivu. His antenna points directly at the rebels in the bush. They know him by his call name – Mike India…
“It is impossible to get the FDLR out of the DR Congo by force,” he says.
“It will backfire. It will be very bad for the Congolese people.” link