Ivory Coast: much at stake with more elections ahead across Africa 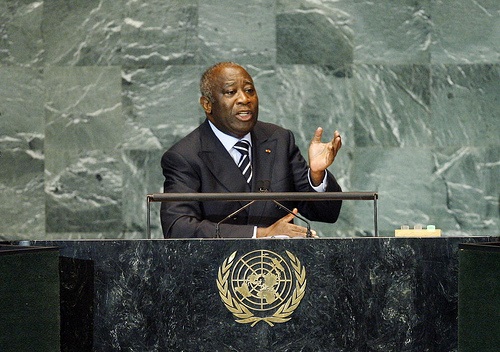 The UN has intervened in Ivory Coast, where incumbent Laurent Gbagbo is refusing to step down, to protect the principle of democratic elections in Africa, the special adviser to the UN secretary general has said.

Speaking on the BBC World Service today, Edward Luck denied it was a mistake for the UN to  associate so visibly with Alassane Ouattara, winner of last November’s election, claiming there was a “a clear principle involved” that was backed by the  Economic Community of West African States (ECOWAS) and by the African Union.

The whole continent is facing scores of elections this year and unfortunately we’ve seen a trend in recent years that elections often as a side product produce violence. There’s disputes about who won and who’s going to have all the spoils. So I think everyone thought it was very important to make this a clear case.

This was an election that was postponed again and again by Gbagbo and he actually gained several years more in his tenure there and so there’s a sense that we have to be very clear on this. This is not a question of simply power sharing and trying to work out some kind of arrangement that wasn’t going to make any difference in the end.

It’s been basically a divided country and the hope was that the election would bring people together but unfortunately Gbagbo apparently assumed he was going to win and when he didn’t, he didn’t accept the result. So the principle is an important one and yes the UN has walked the plank a little bit in terms of standing up for a principle but I think it was much better than immediately assuming that that should be compromised.

Incidents where women protestors have been shot and the death of an Imam shot by a stray bullet outside an Abidjan mosque has fuelled criticism that the UN is not doing enough to protect the population.

There are currently 9,000 UN peacekeepers in Ivory Coast and the main task has been protecting the headquarters of Alassane Ouattara.

Edward Luck said it was “obviously important” that they protect the hotel where the president elect and his top political people were because otherwise there would be “real chaos”:

They have to protect the population as much as they can but it’s a large country, it’s divided and with those huge flows now of internally displaced people and refugees, so the humanitarian aspect of their role has been increased quite a bit. I’d have to say we don’t have as many forces, we’re not as robust as one would like to get the job done perfectly but I think if they were not there at all we would have a full-scale civil war.

The question of the role of the UN, the African Union and ECOWAS and whether there is a need to set an example in Africa with so many elections due will be discussed at a Frontline club event on 20 April: The Ivory Coast: what message will be sent to Africa’s strongmen?