A few weeks ago I posted that it was time for a change after living for five years in Africa. The same stories were coming around again and again and it was time to look for new stories in a new location. So I’ve landed in Tel Aviv ready for a fresh challenge back on the steep bit of the learning curve. There are new languages to grapple with, contacts to be met – and no doubt mistakes to be made.

I’m already missing Africa though. And with my book on Darfur now due to be published in February (after publishers hit financial difficulties) I thought I’d resurrect my old South of West blog so that I can continue to write about Africa.

African Safari here at the Frontline blogs will be renamed and will concentrate on the stories, people and places of the Middle East – just as soon as I’ve thought of a name (all suggestions welcome). 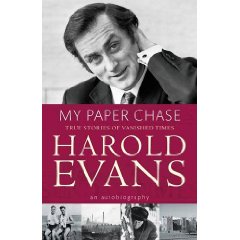 In the meantime I have been reading Harold Evans’ autobiography, in which he describes his experience as a young leader writer at The Manchester Evening News trying to guess what might be on the editor’s mind…

"The space was usually half a column, but he would sometimes ask for double the normal length for a major foreign affairs subject – our role in Europe, say, or what we had to do in the Middle East to make friends with Arab nationalism without sacrificing Israel."

Wherever in the world you are, I guess some things always stay the same.