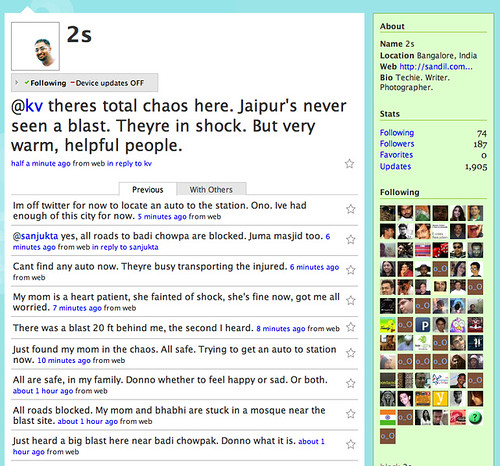 following the jaipur blasts on twitter, originally uploaded by robinhamman.

Robin Hamman follows how the microblogging tool Twitter was again so effectively used during the bomb blasts in Jaipur two days ago. Robin used Tweetscan, a tool that searches public Twitter messages for keywords, to see if anyone was twittering from the scene. It’s not rocket science: give people free, open, easy to use tools like Twitter and they will tell their stories. Or as Rob Patterson at the FastForwardBlog puts it,