The evolution of military blogging in the mediasphere 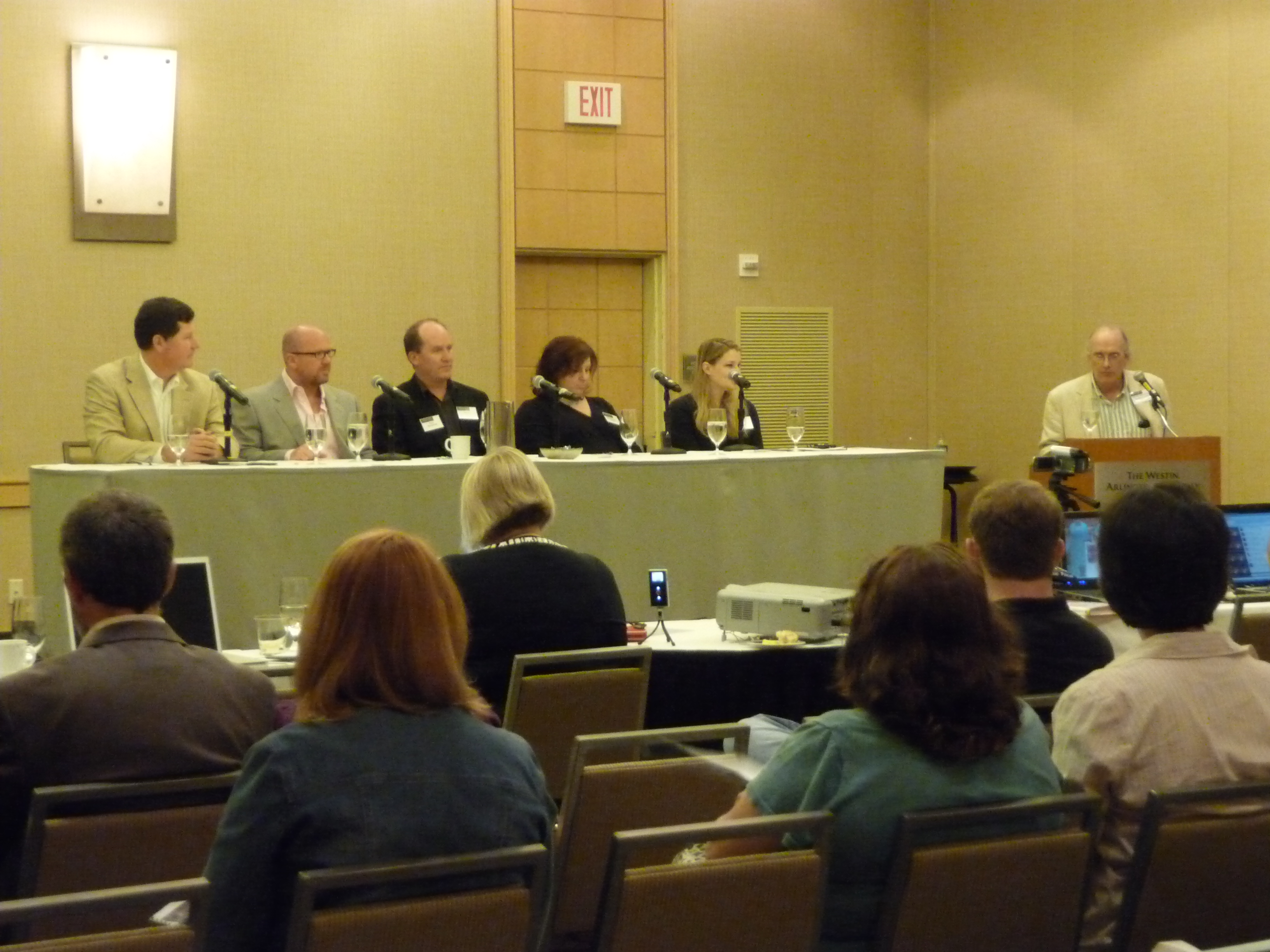 A couple of weeks ago I was at the military blogging conference in Washington DC.

(I decided to use the opportunity to spend some time travelling in Virginia and then I was straight onto a new media conference in Athens, so I’m way behind with the blogging.)

It was really interesting to meet the milbloggers behind the milblogs. Here are some of my observations from the conference.

It is clear that the relationship between bloggers and the mainstream media has evolved significantly since the early days of blogging. Indeed, it is highly questionable whether this dichotomy makes sense any more, and if it still does, I suggest it will become increasingly irrelevant.

In the case of military bloggers, several began blogs because they were unhappy with mainstream media coverage of the wars in Afghanistan, and particularly, Iraq.

Consequently military blogs often criticised mainstream media coverage (and they still do). But rather than merely sniping from the sidelines they have become media players in their own right.  To cast their relationship with the rest of the media merely as oppositional does not do justice to the complex picture that is emerging. 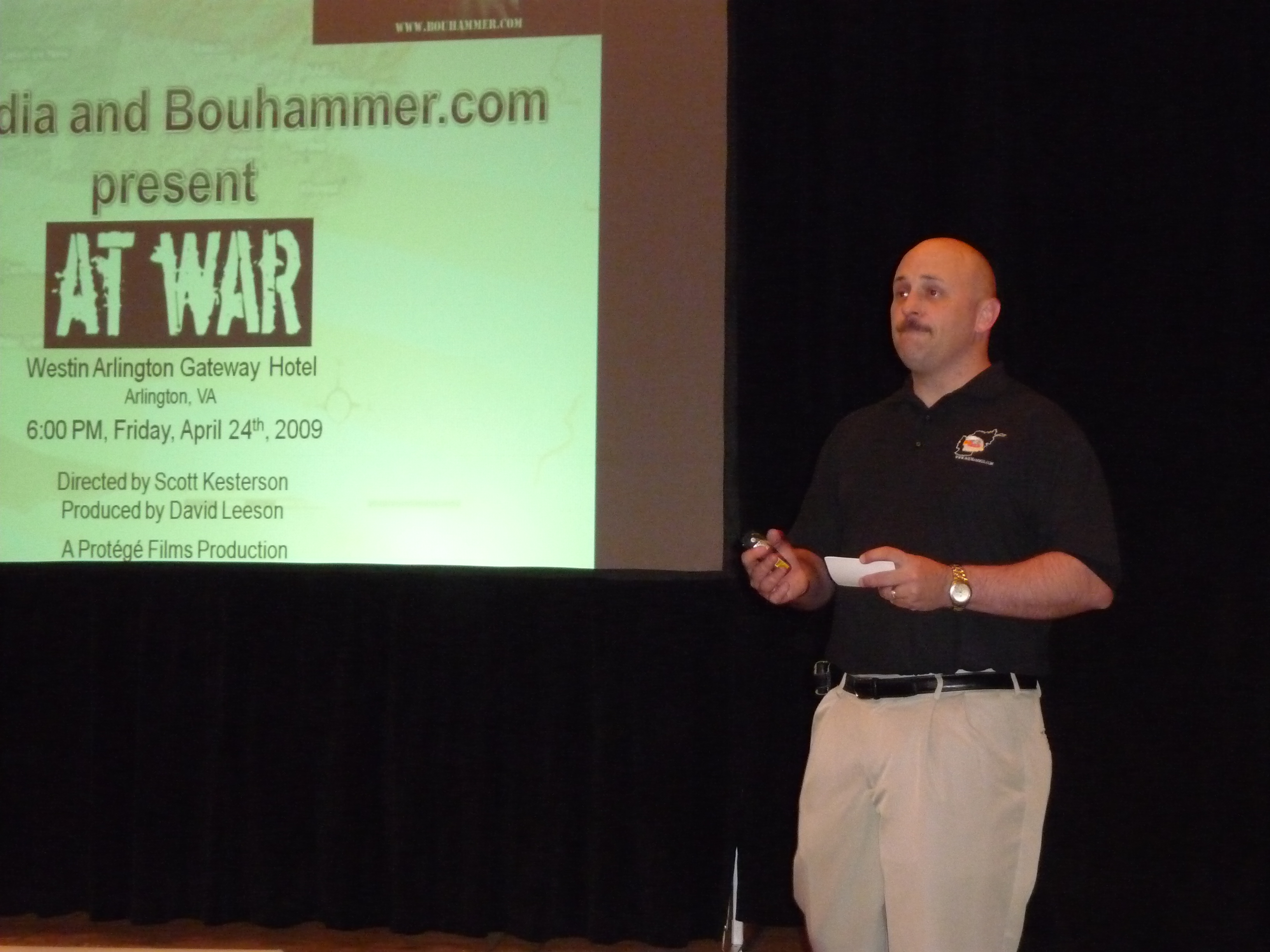 Bloggers are being integrated as part of an evolving mediasphere. This occurs at several levels. At its most basic, bloggers are now regular sources for mainstream media journalists.

At the conference, I interviewed Troy Steward (photo right) from Bouhammer.com. (Unfortunately, there seems to be a problem with the audio file but I will keep trying to get it working). He is regularly interviewed by mainstream media outlets and has also made numerous appearances in BBC output.

Further evidence of the incorporation of bloggers into mainstream coverage came from Grace Vuotu of the Washington Times.

During one of the sessions, Vuoto announced a new citizen journalism project called Base News that will include a section in the paper devoted to the contributions of military bloggers and the launch of a new website in June.

She noted that “some of the best news comes from the ground up”, and acknowledged that the Times did “not have the resources” to cover what bloggers are reporting.

Bloggers are also starting up their own media companies.

Blackfive.net recently launched SOGmedia, an independent production company. At the conference, ‘Uncle Jimbo’ of Blackfive said bloggers were as good at reporting as the media. Not least because the company uses the skills of former mainstream media professionals such as JD Johannes.

Other players in the field of information are also taking an interest in the military blogging community.

The US military’s public affairs corp was represented by Lindy Kyzer and I had conversations with a couple of employees at Boeing.

They wanted to explore the possibility of getting military bloggers to write blogs, news and features for Boeing. I think it’s interesting that companies like Boeing want to engage with the military blogging community. (I do wonder what sort of journalism you would end up with here but corporate influence in journalism is hardly new.)

2. Using blogs to change the way the US military operate in Iraq and Afghanistan

While I was at the conference I interviewed Andrew Exum. Andrew is the founder of the Abu Muqawama blog and is a fellow with the Center for a New American Security.

The interview was broadcast on BBC Radio Five Live’s Pods and Blogs programme. Andrew talks about the use of blogs as a tool of institutional learning within the US military. You can listen to it here: Milblog2009 Andrew Exum interview 25 and 28-04-09.wma

3. Further coverage on the Web

(a) Prior to the conference a group of military bloggers had a meeting with General Jones (National Security Adviser).

(b) Fairly extensive live blog posts are available at the ‘Arrgh!!!’ blog – start with session 1 here.

(c) And a lot of the other links are covered by the Mudville Gazette.

Photos taken by me. Feel free to use with attribution.