The beginning of Germany’s other season

While Britain, France, Belgium and Commonwealth countries commemorate Remembrance Day and the end of WWI on November 11, something quite different happens in Germany.

At 11 minutes past 11 am on November 11, the traditional celebrations begin for Carnival (Karneval) or the "Fifth Season" as it’s known in Germany.

You either love Carnival or you hate it, depending of course on how much you enjoy getting dressed up in costumes and to sing, dance and drink… a lot. The celebrations culminate in the days leading up to the beginning of Lent, and if your television channel selections are limited, then you better prepare yourself for some epic live televised Carnival singing sessions. Though, admittedly the athleticism of dancers in Carnival groups and bands is spectacular.

However this year, the beginning of the Carnival season in Bonn caught my attention for an entirely different reason – the designated Carnival Prince of Bonn, Herr Amir Shafaghi. 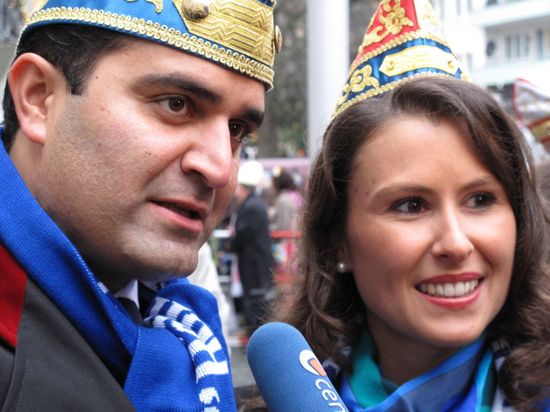 The 39 year old was born in Iran and immigrated to Germany with his parents when he was 10. Being Carnival Prince or Princess is a big deal and means you love Carnival, or rather live Carnival. For the next few months Herr Shafaghi and his Princesss partner Uta Göbels will be the focus of attention at all Carnival events in Bonn. It no doubt helps too that in real life they are a couple as they’ll be seeing a lot of each other. 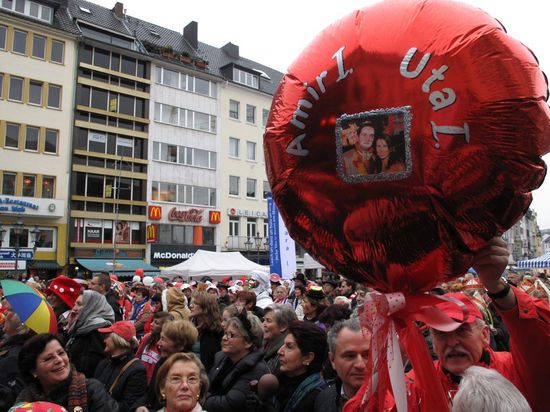 Integrating immigrants into society is a much debated issue in Germany. Your blogger correspondent arrived in Germany shortly before compulsory integration courses began. (Actually I’m not sure if I could have stuck it out for up to 645 hours of German language, politics and history.) So, I was curious to hear the thoughts of the boy from Tehran who grew up to become the Prince of Bonn. Backstage after the launch of this morning’s festivities I managed to catch Prince Amir I for a quick interview.

(You can listen to the full interview via Audioboo).

Amir and Uta will be officially proclaimed the Prinzenpaar Amir I & Uta I on January 8, 2010.

Carnival also means big business along the Rhineland, particularly in Cologne. The parade on Rose Monday attracts over a million visitors. According to a recent Boston Consulting Group study, the Carnival season generates around 460 million euros for Cologne each year.

Given the current economic climate, not only are these figures worth dancing about, but Carnival is widely regarded as very important for business networking. Many industry or professional groups hold or their own Carnival singing and cabaret evenings or costume balls. Knowing your Carnival songs and holding your own in Koelsch could well be good for business or your career.