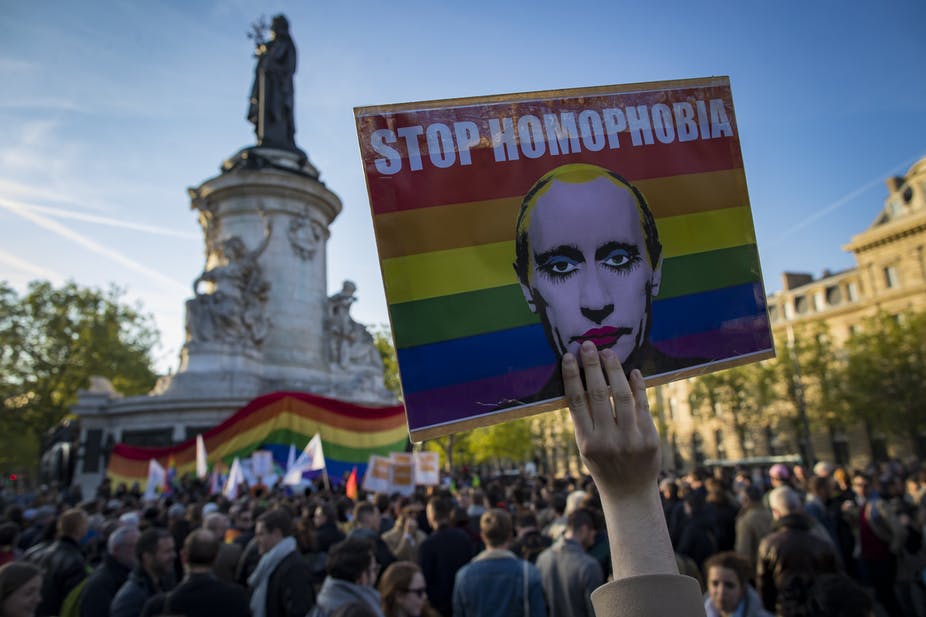 The Queer Purges in Chechnya – CANCELLED

Since stories of the first ‘purge’ appeared internationally in 2017, reporting attacks on the queer community in Chechnya has been notoriously difficult. Those who speak out face reprisal and violence. Those who escape fear further attacks on those who remain. To understand what’s really happening in Chechnya, and the context of the purge in Russian politics and society, we’re joined by veteran campaigner Peter Tatchell, activist Moud Goba and freelance journalist Jake Hall,  with testimony from the Russian LGBT network.

“If there were such people in Chechnya, the law-enforcement organs wouldn’t need to have anything to do with them because their relatives would send them somewhere from which there is no returning.” Alvi Karimov, spokesperson for Chechnya’s President Ramzan Kadyrov

In April 2017, the Russian newspaper Novaya Gazeta – a paper who has had numerous editors murdered in previous years – broke the story of a ‘gay purge’, in which dozens of men were reportedly abducted, tortured and killed. The spokesperson for the Chechen President has denied all allegations, noting simply that “you cannot detain people who simply do not exist”. Disinformation and threats to brave organisations reporting human rights violations have made reporting difficult and dangerous. Since then, threats and attacks have continued with little sign of abating.

Join us for a panel to discuss the dangers for LGBT+ citizens in Russia – and why it’s been so hard to get the story out. The panellists will also look at the situation for refugees from Chechnya and around the world who’ve had to flee their homes as a result of persecution for their gender or orientation.

Peter Tatchell has been campaigning since 1967 on issues of human rights, democracy, civil liberties, LGBT equality and global justice. In 2009, he co-proposed a UN Global Human Rights Index, to measure and rank the human rights record of every country – with the aim of creating a human rights league table to highlight the best and worst countries. On the first day of the 2018 World Cup, Tatchell was arrested in Moscow after staging a one-person protest near the Kremlin in support of LGBT+ people in Chechnya, highlighting the ‘homophobic witch hunts’ in the republic.

Moud Goba is a Zimbabwean lesbian, refugee, and founding member of UK Black Pride. She is an LGBT+ activist with more than 10 years of experience working with Black LGBT+ groups in the community, in addition to running her own small business. She is currently employed as a Project Manager for Micro Rainbow International, an organisation that addresses LGBT+ poverty across the globe. In 2015, Moud was named one of the top 100 most influential LGBT people in the Britain by the Independent newspaper, and was the recipient of Attitude Magazine’s Pride Award.

The Russian LGBT network was founded in April 2006. In October 2008, the All-Russian Conference of civic organizations in support of the LGBT movement was held in Moscow. During this conference, the network transformed into an interregional public movement. The Charter and Strategy were created, and governing bodies were elected. The network is an interregional, non-governmental human rights organization that promotes equal rights and respect for human dignity, regardless of sexual orientation and gender identity.