The Life of an Icon: Regarding Susan Sontag

Susan Sontag has been regarded by many as an intellectual and literary genius, a feminist hero and a queer icon. She went to college at 15, was married by 17, had a child at 19, gained a Master’s degree from Harvard and a fellowship from Oxford.

In her film Regarding Susan Sontag, screened at the Frontline Club on Friday 22 May, director Nancy Kates employs one of Sontag’s own passions, the medium of film, to document her life.

Opening with Sontag saying “I love being alive” (her own words spoken by Patricia Clarkson), Kates takes us on a cinematic journey with the woman who, however publicly celebrated, remained personally aloof and mysterious.

This intimate portrayal features interviews with her friends and former lovers, including Annie Leibovitz, Lucinda Childs, Harriet Sohmers Zwerling, Stephen Koch, Noel Burch and others. It won Best Documentary Feature at the Tribeca Film Festival last year and will be screening at Hackney Picturehouse on Tuesday 22 June.

Kates and her team used 130 different archives to piece together Sontag’s life. Starting at the Museum of Radio & Television in New York, she gave her researchers lists of clips to search for but said that she often found new material which shaped the film.

“Sometimes it’s the archive that drives,” Kates explained. “She was one of the most photographed people of her era.” 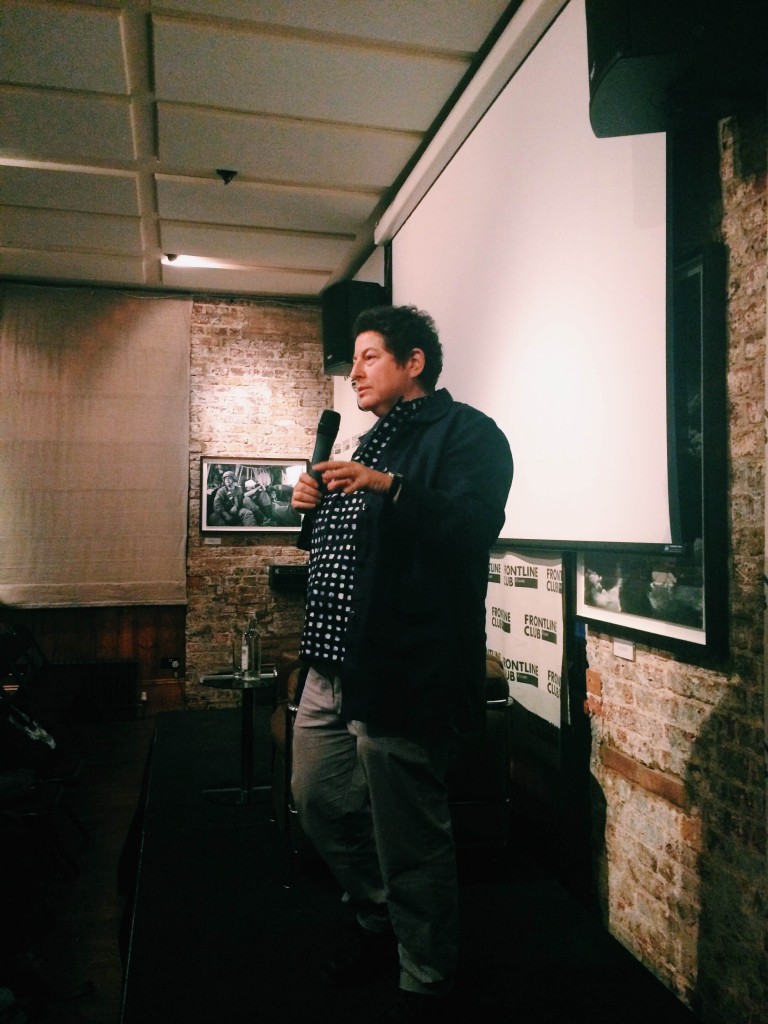 The film explores both the themes and the events which shaped Sontag’s life: from her early marriage; her lesbian relationships; the Vietnam War and Sarajevo; to photography, film, fiction and politics.

“It was very reluctantly that we made [the film] chronological,” Kates said, explaining that keeping it thematic was too confusing for an audience. Nonetheless, the film has a “meta-level” in the way it uses photographs, which was intended to reflect Sontag’s own way of “writing about photography and being the subject of photography.”

“We tried to show her as an icon,” Kates continued. “I don’t think it was really our job to analyse her work.”

This film is first and foremost a documentary, a collation of archival footage and original interviews, piecing together the life of a woman who was clearly influenced and inspired by many different lovers.

“It was a political act to go interview her girlfriends,” Kates explained.

When asked about whether the interviews with her former girlfriends took predominance over discussion of her work, Kates replied that: “The problem is we’re not used to seeing LGBT biographies.”

This documentary portrays the life of a woman who, despite her lifestyle, was never “out.” It treats the issue sensitively but honestly.

“People were criticising me for being open about her sexuality,” Kates said.

One of the most touching parts of the film is an interview with her sister, Judith. The production team managed to track down Judith, who was living in Hawaii, and speak to her about her relationship with Susan. Judith, her mother and step-father only found out about Susan’s terminal cancer by reading it in a newspaper. As Susan was dying, she apologised to Judith for never been truly honest with her.

“There are many people who have post-Sontag stress disorder,” Kates joked, explaining that interviewees used the film as “a form of therapy” for their “unresolved conflict” with her.

It is clear that the film was a labour of love for one of Sontag’s great admirers. “I put her on a pedestal,” Kates said, talking about her changing feelings towards Sontag during the making of the film.

“I may not understand her personally, but I understand some of the struggles she had.”

Visit the Regarding Susan Sontag website for more information.