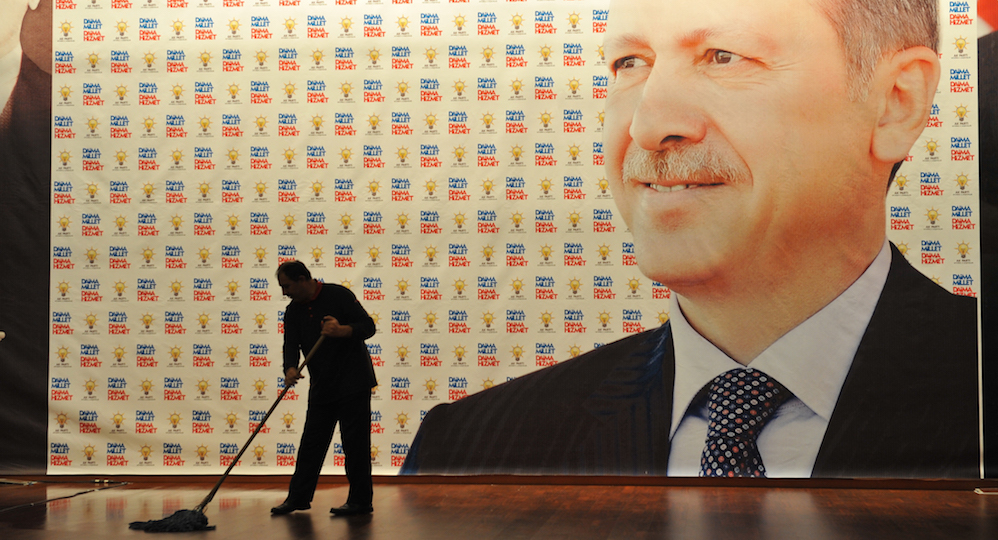 The Future of Turkey and the EU

In the backdrop of Turkey’s April referendum, escalating tensions between Turkey and major European powers has signalled a new era of hostile relations. President Erdogan’s bid to radically remodel the parliamentary system in Turkey has led to opposition groups fearing the creation of one-man rule. The Turkish government, which has been carrying out brutal crackdowns on political dissenters following the failed coup last year, is now looking toward European countries as a stage to strengthen its agenda.

President Erdogan’s campaign has been driven by anti-European rhetoric and led to stand-offs with Germany, The Netherlands and others. Declining relations between Turkey and the EU raise questions about the stability of Turkish economy, which is largely dependent on trade relations with the EU, and how Turkey will cope with the continuing strains of war, terrorist insurgencies, and the refugee crisis.

Our panel will reflect on President Erdogan’s fraught relationship with the EU in the context of the country’s political future after the April referendum.

Alexander Christie-Miller is a freelance journalist and Turkey correspondent for Newsweek, The Times, and the Christian Science Monitor. He has lived and worked in Istanbul for the past four years.

Elif Shafak is an award-winning novelist and the most widely read female writer in Turkey. She is also a political commentator and an inspirational public speaker. She writes in both Turkish and English, and has published 15 books, 10 of which are novels, including the bestselling The Bastard of Istanbul, The Forty Rules of Love and her most recent, Three Daughters of Eve.

Andrew Gardner has worked on human rights issues in Turkey for over ten years. Currently he is Researcher on Turkey for Amnesty International. Since joining the organization he has researched and written on issues including freedom of expression and assembly, torture, impunity for human rights abuses and refugee rights. He lives in Istanbul.