The Fog of Peace and its Murky Wars

Snow introduced the discussion with a statement. He said with reference to war:

With this, the human and humane undertone to the evening’s discussions were set. Evidently a central theme in their book, Rifkind described how her and Picco’s shared understanding was that in conflict resolution, “whoever you are dealing with, underneath there is a human being”.

Rifkind said they named the book after McNamara’s iconic film The Fog of War. McNamara, former US United States Secretary of Defense, admitted to never getting “into the mind of the enemy”. Evidently, this is a shortcoming alien to Picco’s approach. Despite himself being kidnapped four times, he spoke unscathed about the art of negotiation.

While Rifkind emphasised the complexity of each conflict resolution process, Picco focused on the need to engage with important players. He said:

“You have to enter the mind of the individual, understanding his narrative first . . . his personal narrative.”

He gave examples of negotiating with Rafsanjani and later Khatami by focusing on their individual character interests. The idea that Iran, where Picco and Rifkind first met, sits outside possible conflict resolution was debunked by Picco with the little known fact that Iran has negotiated with the West 12 times in the last 30 years. And according to Picco, “we, the West, have always got what we wanted.”

Thus the concept of the impossibility of a truth but rather an individual truth was brought to light. On the term impartiality Picco fervently said, “I do not like to use words that do not exist.” He continued to highlight the need to be discerning:

“Listen a lot and listen very carefully, bearing in mind that most of the things that are said are not relevant or not true, and every individual is profoundly different. . . . Trying to define people by groups is not very productive.”

Snow agreed and pointed out that “the best journalists are politically motivated. . . . They want to change the world.” To which Picco responded:

“As long as you take your side and take responsibility for what you say and what you do, the world changes.”

In retrospect, Picco referred to Cold War conflict resolution as a kid’s game in comparison to what it is today. Rifkind explained:

“In the Cold War it was much easier to have moral clarity, who was right who was wrong. . . . We still want goodies and baddies.”

This dichotomy has been weakened and Snow challenged mainstream media in the West which is currently and wholeheartedly siding with Ukraine. He offered up a Russian insight into the conflict and Rifkind added:

“With the idea of the Ukraine leaning towards the EU we are immediately more sympathetic. . . . If you are serious about managing conflict you have to put competing narratives into the same space.”

Towards the end of discussions, Picco notably expressed hope in future Saudi–Iranian relations, predicting talks between the two, pointing to the intelligent people on both sides. 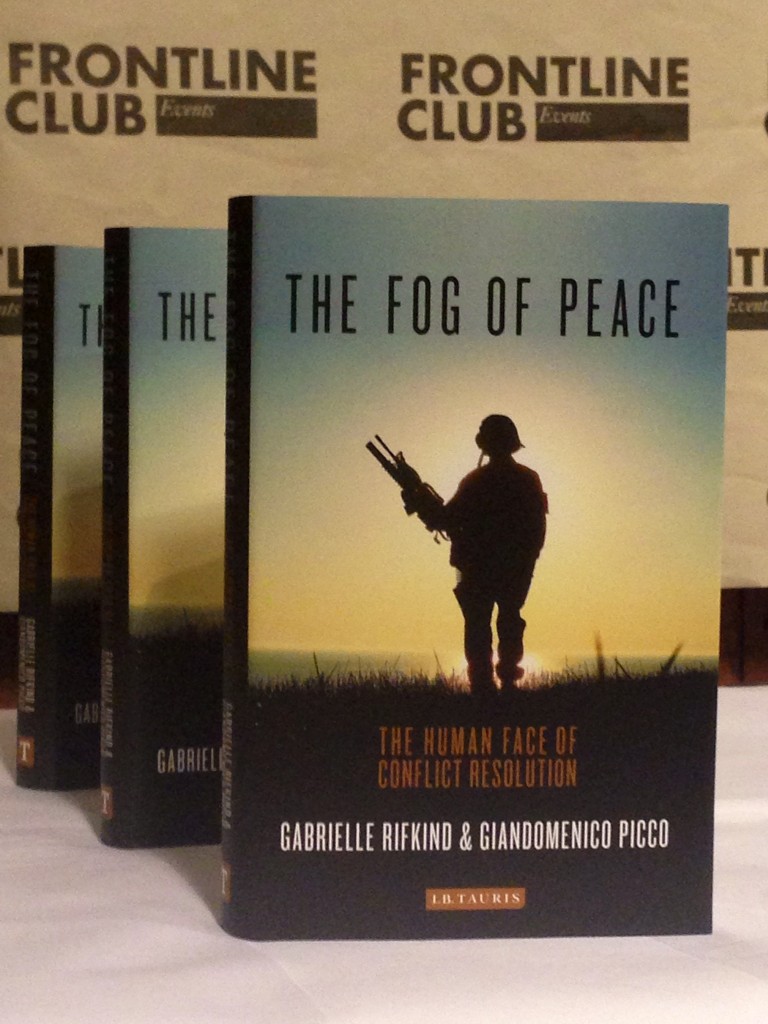 One audience member wanted to know the potential audience for the book. Rifkind answered, “Of course we would like people at the centre of power to read it because it is a different way of thinking about conflict.”

The evening’s questions could have carried on well after closing time. In the book signing queue that followed someone asked Rifkind, “Why do you do what you do and why carry on doing it?” She responded tellingly, “Its easier to live in a world with conflict if you can find a way to get involved.”