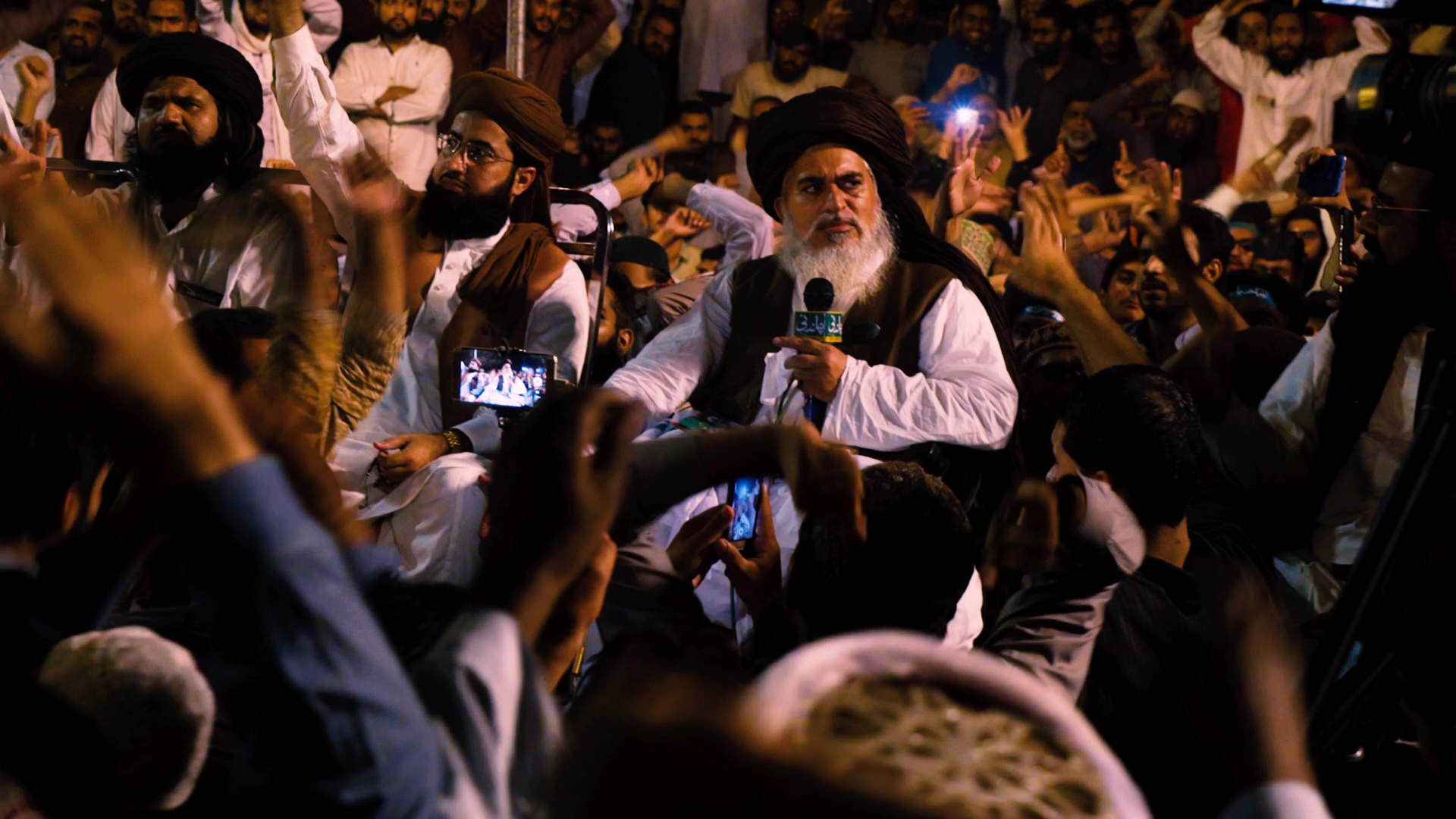 ‘The Accused: Damned or Devoted’ + Discussion

The Frontline Club hosts this special advanced screening of a new documentary from BBC Storyville, The Accused: Damned or Devoted, followed by a discussion.

Against the backdrop of Pakistan’s elections, this film follows the rise of powerful cleric Khadim Hussain Rizvi, on a mission to preserve the country’s blasphemy laws, which prescribe a mandatory death sentence for disrespecting The Prophet Muhammad (P.B.U.H) and life imprisonment for desecrating the Holy Quran. With millions sympathetic to his goal, Rizvi silences anyone attempting to change the law by condemning them to death. As he pushes for more power, Rizvi decides to run for office in the upcoming general elections, and those accused of blasphemy or those who oppose the blasphemy laws- whether targeted minorities, liberals, and opposing Muslim voices – become the pawns of his ambition. With access to all sides revealing the interplay of religion and politics, The Accused: Damned or Devoted is a crucial election story of a fledgling democracy that is not only a key ally in the global war against terror, it is also a nuclear power.

A panel discussion will follow the screening, with the film’s director Mohammed Ali Naqvi and executive producer Fiona Stourton, as well as Dr Farzana Shaikh, an Associate Fellow of the Asia-Pacific Programme at the Royal Institute of International Affairs (Chatham House) and a specialist on Pakistan. CBS News Foreign Correspondent Imtiaz Tyab will moderate the discussion.