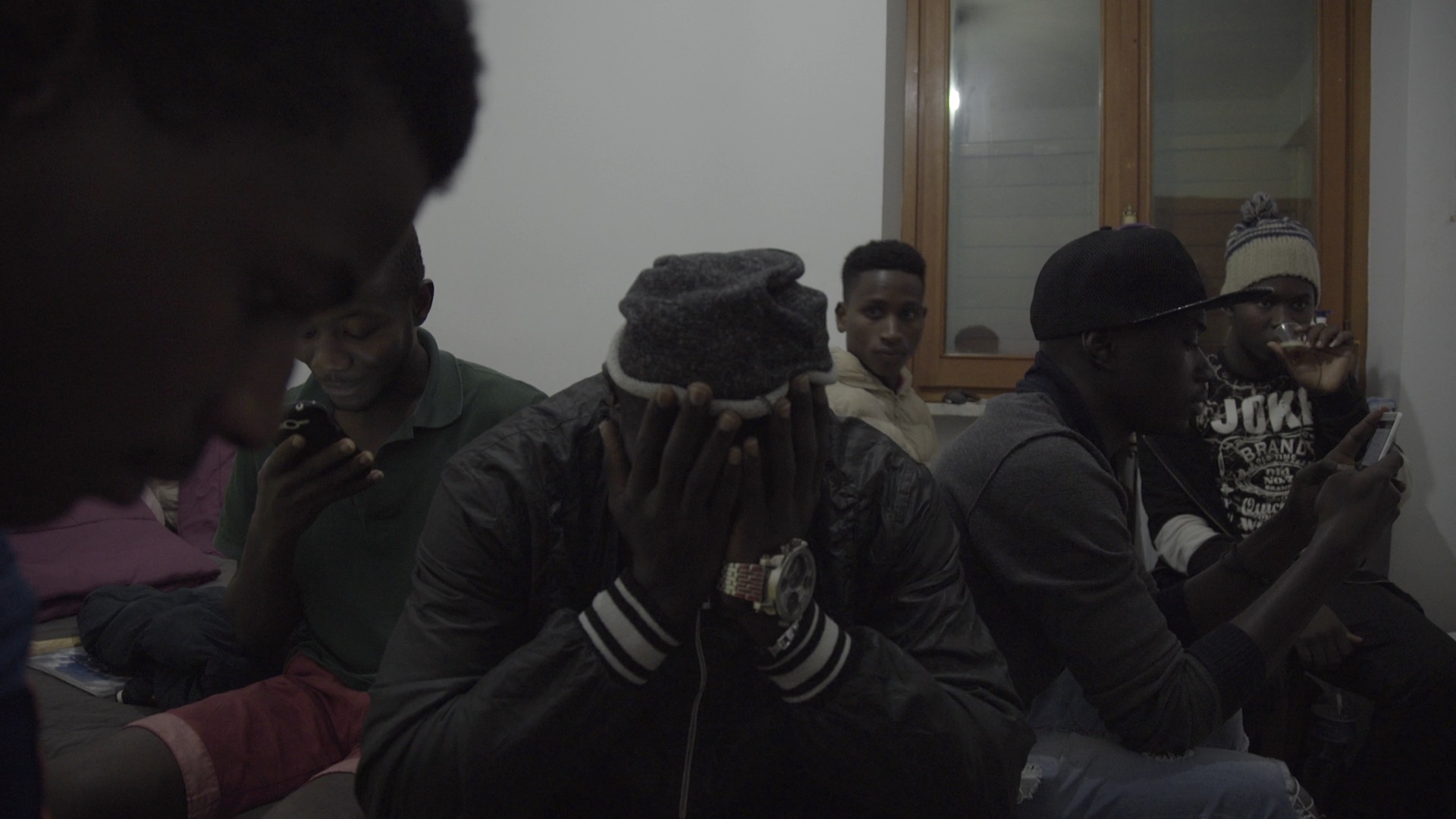 Teranga is a 35-minute observational short-documentary about youth, music and conquering collective trauma. Filmed in Naples over two years, this film follows the lives of migrants as they wait in limbo for a response to their asylum request in corrupt migrant camps and how they find solace in Teranga, an Afrobeats migrant-run nightclub.

This documentary seeks to show asylum seekers as they are rarely perceived: ambitious, talented, and determined to achieve their goals, despite a de-humanizing immigration system. Fata and Yankuba fled poverty and a 22-year-dictatorship in The Gambia with very distinct dreams. Fata wants to become a world-famous DJ; Yankuba is an aspiring biochemist. Haunted by their journeys across the desert, Libya and the Mediterranean seas and dreaming of a future with indefinite leave to remain, they escape the boredom and fear of life by dancing away their trauma in Teranga.

The world is witnessing the biggest mass migration it has ever seen, with people fleeing persecution, wars, climate change catastrophes or simply going in search of a better life.

The speed at which asylum seekers’ claims are decided in the UK has slowed down significantly this last year leaving thousands feeling confused and scared. There are around 1 million asylum seekers in Europe today and there are around 33 000 asylum seekers in the UK waiting for their fates to be confirmed. These facts and figures are easy to find with a simple Google search. What isn’t so clear is the intricacy and nuances of navigating the process that migrants experience as soon as they arrive, which sometimes takes years without an end in sight. The panel will focus on the refugee crisis in Europe, touching upon themes of “living in limbo” from the effects on mental health to the representation of these issues in the media.

SOPHIA SEYMOUR is one of the three female Directors who made ‘Teranga’. Sophia graduated from UCL in Italian where she specialised in politics, arts and the Mafia in Naples. She now works as a British freelance journalist for The Guardian and is the founder of bespoke tour guiding company ‘Looking for Lila’ based in Naples. Previously, she worked alongside Daisy Squires on the BBC film ‘Exodus: Our Journey to Europe’.

YANKUBA FATTY, a former biochemist student and head of the student union in The Gambia, he was forced to escape from his country for fear of being imprisoned after he was found protesting against his government, formerly one of the most brutal dictatorships in West Africa. After crossing the Libyan desert he was imprisoned by militia ‘without seeing sunlight’ for five months and then sold into slavery alongside another girl who was a sex slave, until he managed to escape. Whilst this left both physical and mental scars, he was then subjected to the full force of corruption in migrant centers. Yankuba now lives in Naples and received his documents despite Salvinis hardline immigration policies. Yankuba is an English teacher and has received a place at Bangor University to study Criminology.

SORIOUS SAMURA, is an award-winning Sierra Leonean journalist. He is best known for CNN documentary films: Cry Freetown (2000) on the most brutal civil war in Sierra Leone and Exodus from Africa (2001) showing the harrowing effort by young Africans to get to Europe. The films won, among other awards, an Emmy and a Peabody. His most recent work also focuses on the lives of refugees as he tries to break the boundary between the “us” (the people viewing the film) and “them” (those before the camera). Samura is also one of the directors of ‘Insight’, an independent investigative film production company.

CHARLIE FRASER is co-founder and Partnerships Director at TERN, an ambitious social enterprise and ever-growing community with a mission to enable refugees to thrive through the power of their own ideas. TERN refugees become entrepreneurs, launch businesses and take control of their own futures. Alongside an experienced volunteer community of over 300 industry experts, entrepreneurs and consultants, TERN supported 196 entrepreneurs in 2019 alone, with a goal of launching 2,000 refugee-led businesses by 2025

CHARLOTTE MAXWELL (MODERATOR), is a freelance filmmaker and photojournalist (TIME magazine, Vice, The Independent, SBS, Moscow Times) as well as a podcast producer. She is also the co-founder of TimePeace, an organisation that uses tech and hosts events to help refugees and asylum seekers integrate with locals based on the sharing of skills and passions. Her work both in journalism and activism focuses on humanitarian issues, migration, community, with an aim to change perspectives.

A film for The Guardian Documentaries in collaboration with Guardian Cities

Currently winning awards at Festivals around the world and will be online from February 2020 on www.theguardian.com/documentaries