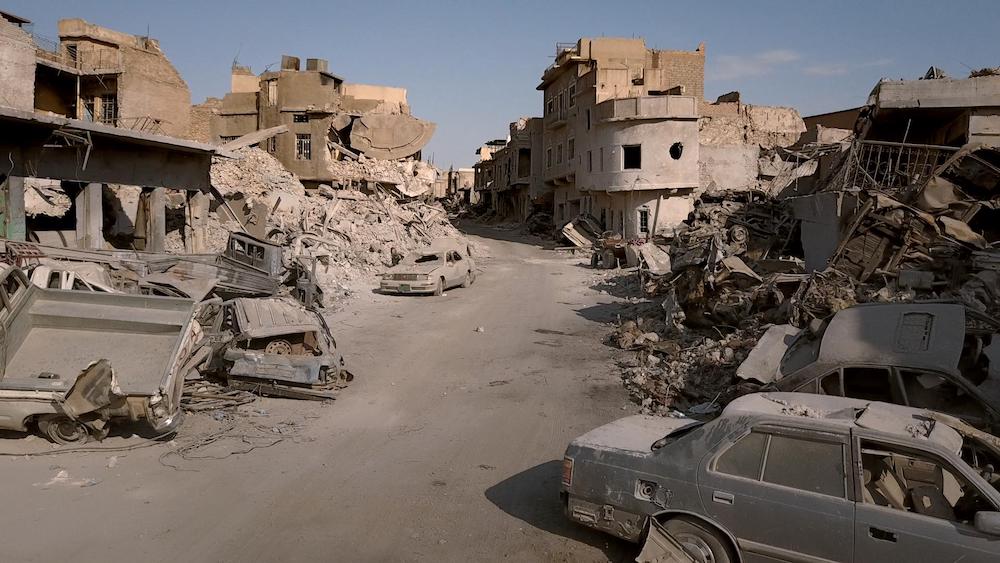 The Frontline Club will be screening a new BBC documentary,  Stacey Dooley – Face to Face with ISIS followed by a Q&A with Stacey and director Joshua Baker in conversation with Catrin Nye.

One year on from her first visit to Iraq, Stacey joins Shireen – a 23 year old Yazidi woman who was held as a sex slave for over two years by the so called Islamic State. Shireen managed to escape while she was enslaved in Mosul, but many Yazidi woman like her haven’t, and remain in ISIS captivity.

Shireen takes Stacey back to Mosul, the self-declared capital of ISIS in Iraq. She wants to revisit the places where she was held captive, in order to finally draw a line under the past. In East Mosul, they find the house where Shireen was imprisoned and sexually abused by a leading ISIS executioner for months.

But it’s the Old City of Mosul, where Shireen finally managed to escape ISIS, that means the most to her. With a military escort, the pair travel into the heart of the Old City – where ISIS only months ago made their last stand in a devastating and brutal battle. The danger is real: ISIS militants are still being hunted and unexploded bombs litter the street.

Armed with countless unanswered questions, Shireen and Stacey finally have the chance to get answers when they come face to face with a senior ISIS commander in a maximum security facility. He has murdered hundreds of men and raped countless Yazidi women and girls. His frank answers will stay with Shireen and Stacey forever.